A View from Japan by David Buckley — Edition 2 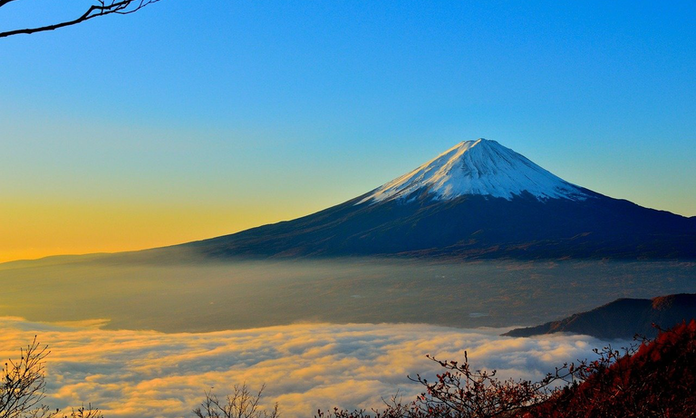 In the Northern Hemisphere, the first few months of the year mark the transition from Winter to Spring. In Japan, it is a time of new beginnings with a large number of official and unofficial holidays commemorating important transitions, each of which offer licensing opportunities galore. At least three of these are even counted as ‘new year’ beginnings but, whether marking a new year or not, most of these occasions are celebrated by gift-giving.

The first New Year to be celebrated begins on the equivalent of 1 January as the Gregorian calendar was officially adopted from 1873. However, while most Japanese will recognise this year as 2021 especially when using English or discussing foreign events, the year is officially Year 3 of the Reiwa Era as under the official system each calendar era corresponds to the reigning emperor’s time on the throne (Emperor Naruhito having begun his reign in 2019). In addition to appearing on many of the new calendars and diaries set to correspond with the January-December year, licensed characters and designs appear in advertising for the many new year’s retail sales and on traditional new year cards sent by almost everyone to their friends, relatives, and business associates. Retailers rush to re-open as quickly as they can after giving their employees several days off for the holiday and celebrate by offering limited numbers of fukubukuro (‘happy bags’) filled with random ‘secret’ store merchandise at greatly reduced prices.

The second New Year begins each year some time during January or February in keeping with the lunar calendar. In modern times the Lunar New Year is important for setting many religious calendars though licensing (especially for East Asian properties) still finds a place here on special calendars, good luck items, restaurant promotions, etc.

The third ‘new year’ begins 1 April and marks the beginning the fiscal year, the academic year, most corporate financial years, etc. In many ways this is the more impactful of the new years in as much as so many changes take place from 1 April. Schools from kindergartens to universities hold entrance ceremonies. Likewise, 1 April is by far the most common day to begin working for a new company and most companies celebrate by holding ceremonies and by beginning employee training at the same time. For large companies, the people with whom you share an entrance date become your best friends and associates for the rest of your life. And of course, licensing takes advantage of all these aspects of the new year. Licensed back-to-school products are probably no surprise but in addition to new notebooks and lunchboxes from mum and dad, grandparents are often targeted with opportunities to make gifts of cash (or more recently to buy stocks and bonds in the student’s name) and such high-ticket items as randoseru, the obligatory and expensive Prussian style backpacks that are worn by all young children on their way to and from school. Stationery manufacturers also benefit from this ‘third’ new year by printing April-March diaries and datebooks which in many ways are more practical and more popular than their January-December cousins.

In addition to these three ‘new year’ celebrations are other early year celebrations with plenty of licensing potential. The second Monday in January is Coming-of-Age Day where all those who will turn 20 during the coming year celebrate their entry into adulthood with city hall ceremonies and monetary gifts from relatives.

February 14 is Valentine’s Day however in Japan only ladies give chocolates (often licensed) to their male relatives, friends, and co-workers. Those men and boys receiving these gifts will reciprocate by giving return gifts of flowers or chocolates to the ladies on 14 March (White Day), another major retail holiday and licensing opportunity.

March sees not only the licensing opportunity of White Day. In addition, on 3 March (3/3) is Hina-matsuri, the Doll’s Festival where every home with a daughter displays extravagant recreations of the members of the Imperial Court as they might have appeared in the Heian Era (794-1185AD). Even this ancient celebration has seen licensing making inroads with Hello Kitty, Mickey Mouse, Snoopy and others licensing Japanese doll makers to make special Doll’s Festival displays.

Due to lack of space, no mention has even been made here of the March school graduation celebrations, February ‘Cat’s Day’, or any number of other private, public, and retail events that take place during the first part of the year and which keep licensees and licensors alike very busy. By the way, many Japanese licensees and agents make this local cycle part of their internal budgeting and often ask that their own license agreements begin in April so that all this activity can take place during what they consider to be their fourth quarter of January to March!