To mark the 45th Anniversary of Roger Hargreave’s Mr Men Little Miss characters, Sanrio and Haven have teamed with aMBUSH and T-World in Australia for an exciting month-long exhibition as part of the Vivid Sydney 2016 Festival which runs from the 27th of May through the 18th of June.

Titled – Redrawn: Celebrating 45 years of MR. MEN™ & LITTLE MISS™, a team of artists from Australia and around the world have created their own versions of the iconic characters – including Jeremyville, Ken Taylor and Travis Price – allowing each artists to reinterpret a character in their own style : something never done before. 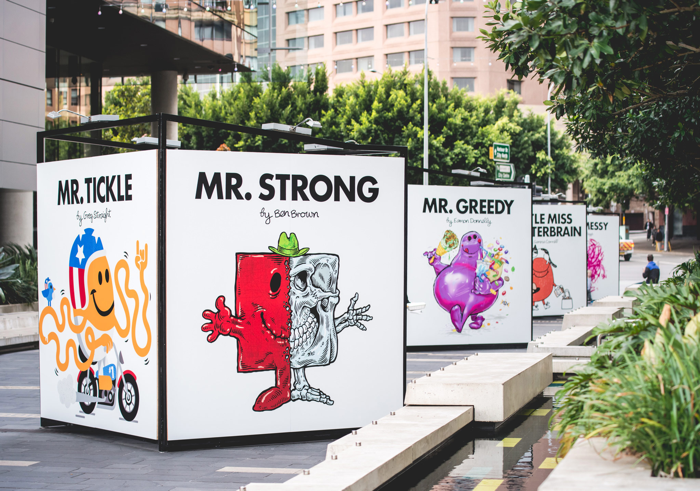 The gallery of artworks opened on June 1 and will run until the end of the month at the outdoor space Open, in Darling Quarter’s Civic Connector. A pop-up shop featuring the collection will also be open each Wednesday to Sunday during June.