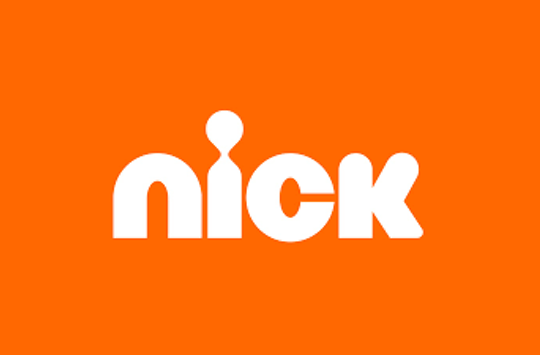 From June 26th, kids will be able to collect four PAWsome cups featuring the adventurous pups; Chase, Skye, Marshall or Everest which will be available exclusively at participating Boost Juice stores nationally.

Not only will children across Australia be able to enjoy their favourite smoothie or juice in an exclusive PAW Patrol cup, but each cup will unlock a free prize including the chance to win a family holiday to Nickelodeon’s Lost Lagoon in Malaysia.

PAW Patrol enjoys more than 7.3 million children tuning into the action-adventure series on Nick Jr., Channel Nine and Go! every year that stars a pack of heroic puppies led by Ryder working together on high-stakes rescue missions to protect the Adventure Bay community.

Claire O’Connor, Vice President of Consumer Products and Retail Marketing for Asia Pacific is thrilled to see the PAW Patrol pups racing into Boost stores, “We know how much kids across Australia love PAW Patrol and this new range of collectable cups allows kids to take another piece of the action home.” 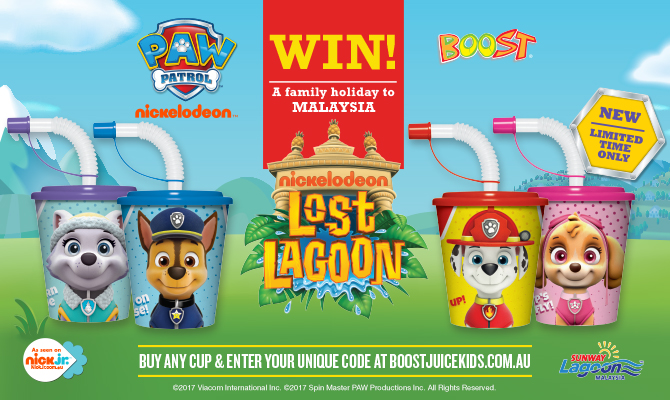 The launch of the new cups comes after Boost unveiled their first ever Kids Menu range earlier this month. The range consists of four new smoothies; Banana Bandit, Choc Champion, Berry’d Treasure and Mango Magician. Boost took the range to a primary school to test during the menus development phase, giving their toughest critics the opportunity to tell them what they really thought and ensuring that it would be something kids genuinely enjoyed.

Boost Marketing Director, Jodi Murray-Freedman said “With only five per cent of Aussie kids eating their daily recommended intake of fruit and veg, we created a range of smoothies that parents would feel confident choosing for their little ones when out and about.”

“We knew that in order to ensure the range would appeal to kids we had to make ensure they enjoyed it, it’s risky putting kale in a smoothie and 100% cocoa powder instead of chocolate powder – but kids love it, making it a win win for parents and kids alike.”

“In addition to the new menu, partnering up with Nickelodeon means we are able to bring adventure and fun to our new smoothies and have parents and kids coming back for more.”

Kids will able to take a piece of the adventure home with the limited-edition cups available across Australia from the June 26th 2017 and will be supplied with your favourite smoothie or juice from $5.50. 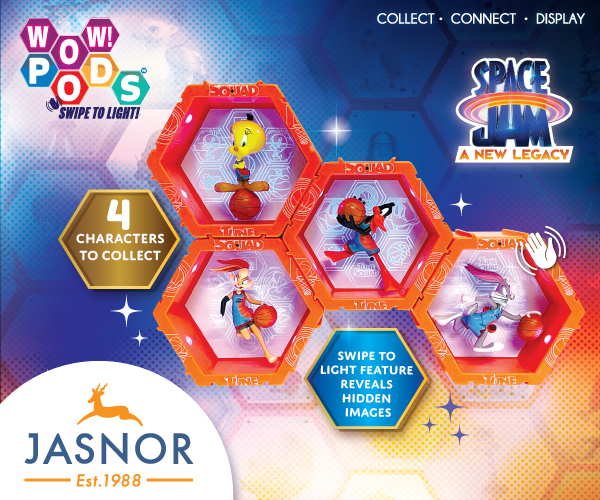 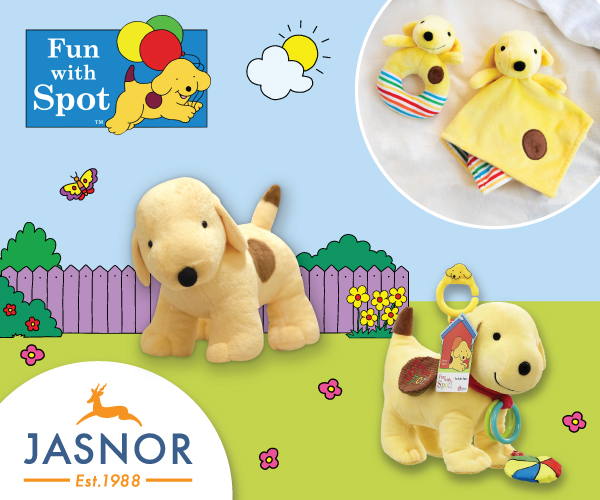