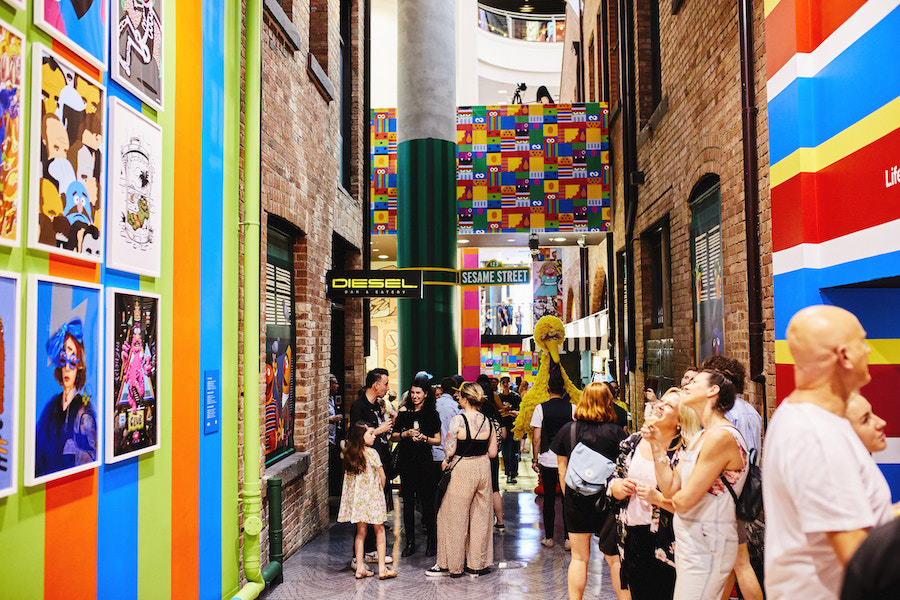 An exclusive VIP event on October 25 kicked off the launch of “50 Years and Counting” an immersive exhibition bringing together a collection of 50 bespoke pieces of art from artists across the globe, who have re-imagined 50 of Sesame Street’s most iconic and beloved characters – as well as some that perhaps you’d not thought of since your childhood! Television screens take you on a journey through five decades of Sesame Street – from celebrity appearances to all the ‘Sunny Days’ show openings throughout the years! The Fun Facts Wall will surprise and delight visitors, while the giant Art Murals and epic Plush Wall will see camera rolls filled with colour! Visitors can then wander over to Mr Hooper’s Store to shop a range of merchandise featuring some of the artists bespoke designs!

Curator of the exhibition Eddie Zammit has soured both local and international artists including Jeremy Fish, DXTR The Weird, Mighty Short, Kate Pullen, Kentaro Yoshida and more, to create an immersive visual feast of colour and nostalgia on show through January 2020.

“Sesame Street has built an incredible legacy over the last 50 years & , and has covered off on so many important & topical issues & impacted so many children’s lives,” said Zammit. “This exhibition, featuring 50 characters interpreted by 50 artists from all four corners of the globe, has truly been an honour to curate.”

“We’re thrilled to have such an inspiring exhibition staged in a major CBD Shopping centre, said Yvonne King, Director, Haven Global. “With a major train station beneath it, 58 million people go through Melbourne Central each year and I can’t think of a more fitting and high profile tribute to Sesame Street’s 50th Anniversary.”