The partnership will see Kiddets and Plunket branded collateral made available to Plunket’s 530 locations in New Zealand to make these all-important health checks an even more comfortable and enjoyable experience for children.

With a specially created Kiddets animation to be used in Plunket locations and via the Kiddets and Plunket websites, the partnership will also extend to promotional co-branded location posters, window decals and health-based poster material.

Each of the 530 Plunket locations will also have access to three full episodes, Sleepyhead, Soothy Smoothy and WorkWorkWork from the Kiddets first television series.

“We are thrilled to be once again partnering with Plunket, who have over 250,000 children enrolled in their services across New Zealand. Our mutually beneficial relationship extends back to the launch of The WotWots and its success has brought us together again. We can’t wait to see Patches, Dapper, Bounce, Stripes and Luna land in Plunket and as with The WotWots, that this partnership makes these vital checks a more relaxed experience for little ones,” said Pukeko Pictures’ Chief Creative Officer, Executive Producer and Company Director, Martin Baynton. 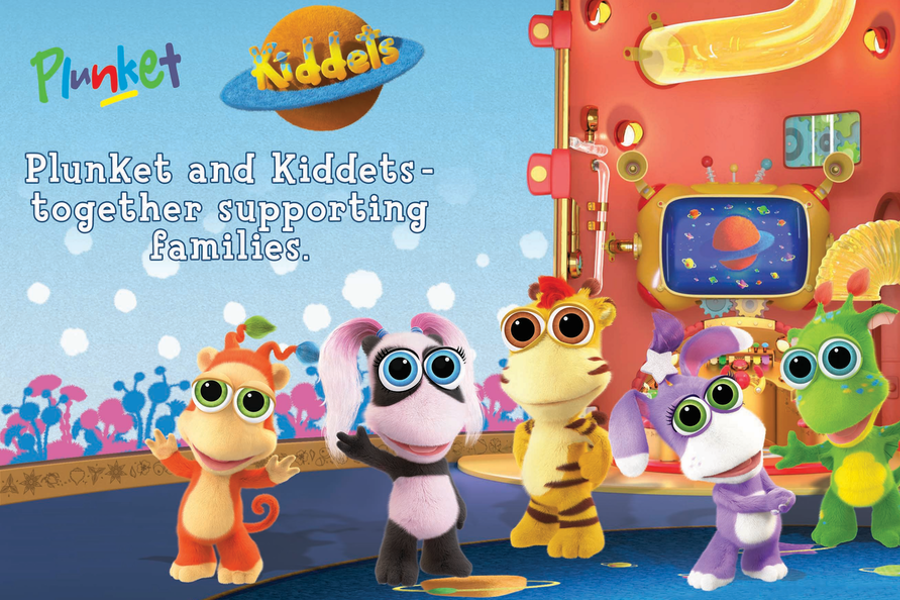 A second season of 52 episodes of Pukeko Pictures’ and Hengxin Shambala Kids’ Kiddets was recently greenlit for production. It was also confirmed that Hengxin Shambala Kids has come on board as the master toy partner for the Chinese market where a licensing program is beginning to roll-out, including Kiddetsland theme parks and a stage show.

Kiddets, a sister series to Pukeko Pictures’ The WotWots, is co-produced by Pukeko Pictures and Hengxin Shambala Kids and is the first official children’s television co-production between New Zealand and China. It airs on ABC KIDS in Australia, TVNZ’s TV2, HEI HEI and On Demand services in New Zealand and CCTV Children’s Channel in China, where it is also available on VOD-platform iQiyi. The series is distributed internationally by CAKE.

Aimed at new and existing fans of The WotWots, Kiddets offers a broader audience appeal including older preschool children with each episode demonstrating the positive values of teamwork and the building blocks of true and enduring friendship. Kiddets has been created by The WotWots’ Creator, Martin Baynton and will be Executive Produced by Richard Taylor and Clive Spink. CAKE handles worldwide distribution rights excluding Australia, New Zealand and Greater China to Kiddets and also extends to North American and European rights (for series 2) of the The WotWots.

Kiddets expands upon The WotWots franchise with brand new adventures and sees the introduction of five new WotWot characters, Patches, Dapper, Bounce, Stripes and Luna – young space cadets in training at a play school space academy on planet WotWot. Under the watchful eye of SpottyWot and DottyWot who are based on planet Earth, Patches, Dapper, Bounce, Stripes and Luna learn all the skills they need to embark on a mission to a new world.