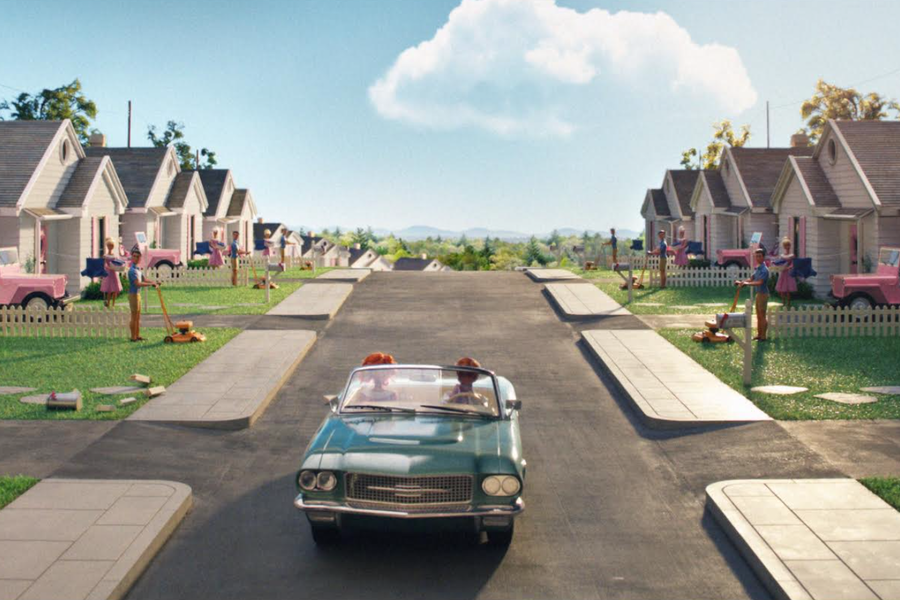 Iconic British fashion doll Sindy is the star of the next MoneySuperMarket campaign, with a 1-minute advert which premiered during X Factor on ITV Saturday evening.

In the 60 second launch spot we see Sindy and Sindy pay homage to iconic 1991 film Thelma and Louise. Set to the sound of Fleetwood Mac’s ‘Go Your Own Way’, the film was produced with a combination of puppetry and stop motion techniques.

‘Epic Sindy’ serves as an epic climax to one of the most memorable series of advertising campaigns in recent UK history, which have previously licensed He-Man and Skeletor from Masters of the Universe, Dirty Dancing and Action Man.

David Born, Director of Born Licensing, commented “This is the fourth MoneySuperMarket campaign we’ve worked on and we’re thrilled that they have once again chosen to embrace well known licensed properties. This sends a clear message that the licensing of characters is an incredibly powerful option in the advertising space.”

Matthew Reynolds, Managing Director, Pedigree Toys & Brands, commented “We have loved the creative approach MoneySuperMarket have taken so far with their He-Man/Skeletor and Action Man advertising campaigns, so we’re delighted that Sindy is a perfect culmination to their EPIC campaigns. Sindy is a British icon that is loved by millions of ‘Sindy Girls’ worldwide, so there will be huge appetite for this exciting campaign. We can’t wait to see her brought to life in this EPIC finale.”

Darren Bentley, Marketing Director at MoneySuperMarket, commented: “Following the success of He-Man and Skeletor’s ‘Dirty Dancing’ last year, we decided to harness the power of nostalgia once again by recreating another iconic film with one of our favourite childhood toys. This time it’s Sindy paying affectionate tribute to ‘Thelma & Louise’.”

The campaign consists of TV, print, out-of-home and digital advertising along with social media activity and an extended 90 second film which features online.