Latvia’s National Champion “Balanced Defender” Rose to the Top After 24 Talented, Young Competitors from Around the World Battled at Kidexpo Event in Paris, France.

On Saturday, November 3, thousands of people came to cheer on their countries’ national champions in a whole day of fierce competition featuring 24 talented, young Bladers from all around the world. The 2018 BEYBLADE BURST World Championship, which took place at Kidexpo in Paris, France, crowned its winner after 6 hours of epic battling. The victor, Latvia’s “Balanced Defender,” earned the ultimate victory.

Balanced Defender, who took home a gleaming trophy, a participatory medal and a personalized illustration done by the author of the BEYBLADE BURST manga series from Corocoro Comic magazine, Hiro Morita, was joined by 2nd place winner Shin Sang Hyeon from South Korea and 3rd place winner Shuai Shuai from Taiwan. All three champions were thrilled to represent their countries on the podium after traveling thousands of miles to complete on the grand stage. The epic finale of the World Championship featured appearances by YouTube stars Swan & Neo, as well as BEYBLADE BURST manga artist Hiro Morita, delighting fans of all ages and nationalities.

In addition to the 2018 BEYBLADE BURST World Championship competition, Kidexpo, which took place from October 31-November 4, featured a BEYBLADE BURST booth where fans of the brand got to participate in free battles, not only with each other, but against known YouTube influencers and special guests like the official World Championship MCs Storm & Light and judge Blader Ken. 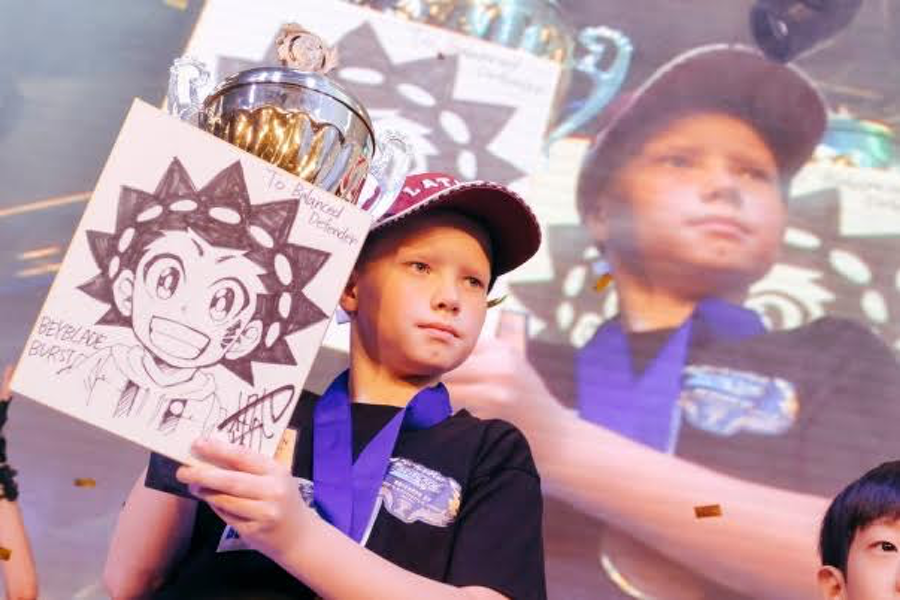