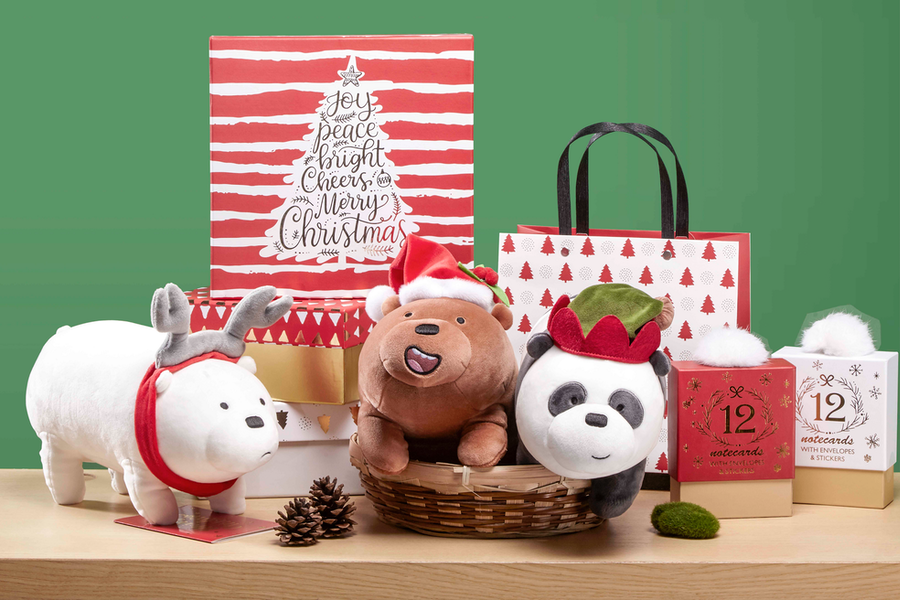 As part of an ongoing global rollout of licensed We Bare Bears products, Cartoon Network’s partnership with retailer Miniso in Australia and New Zealand has expanded – just in time for the year-end festive season.

New products for the festive season include a new range of Christmas-themed plush toys and a 2019 calendar. They join a range of other We Bare Bears product that was launched in January 2018 and includes toys, homewares, cosmetics, stationery and accessories. Australian sales have been more than 100,000 products to date and has been one of Miniso’s most successful collaborations.

Vikram Sharma, VP of Cartoon Network Enterprises in Asia Pacific, said: “We’ve seen the We Bare Bears franchise go from strength to strength in our region, leaving an impressive bear-shaped pawprint on the licensing industry. The show has such energy, innocent humour and universal charm, and its mass appeal goes all the way from children to young adults. As one of the world’s most ambitious retailers, Miniso is the ideal partner to showcase the series’ three bear brothers – Grizzly, Panda and Ice Bear – as they’ve never been seen before.”

By the end of 2018, Miniso will have 31 stores in Australia and New Zealand, including a new outlet at Box Hill Shopping Centre in Victoria, where it will host a We Bare Bears event on December 10. The product range will debut on November 10 at the Miniso outlet at Hurstville Westfield Shopping Centre, New South Wales.

Ben Yip, CEO of Miniso Australia, added: “We are delighted to partner with Cartoon Network on the lovable We Bare Bears franchise. The range has been an overwhelming success for us and we are excited to bring even more We Bare Bears products to the fans in Australia and New Zealand.”

The bears have been particularly busy of late. A We Bare Bears-themed café has just opened in Tokyo, Japan. Dedicated YouTube channels have recently launched in Thai and Hindi, and other large-scale events have either happened or are ongoing this year in Thailand, China, Singapore, Philippines and Hong Kong. We Bare Bears Match3 Repairs puzzle game app has had 6 million global downloads to date. 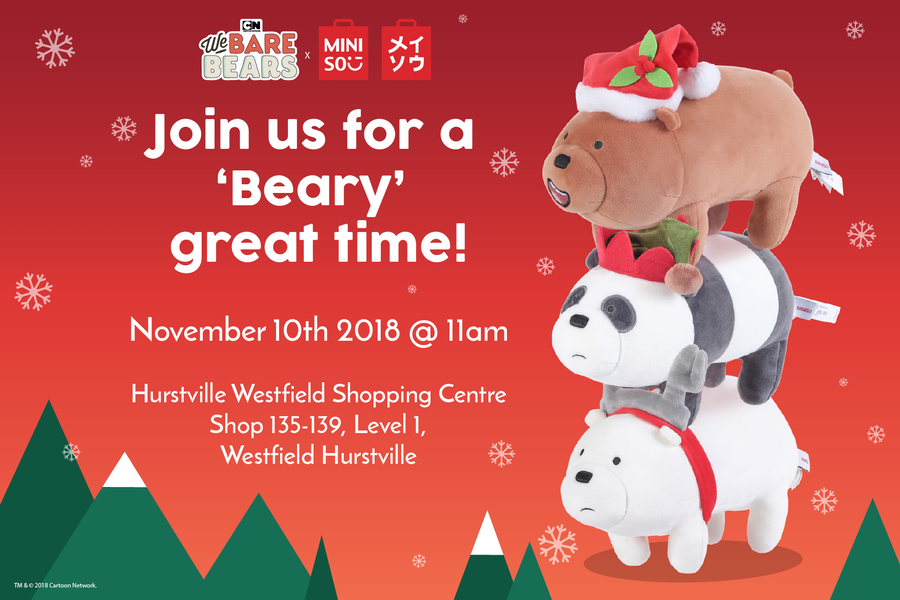