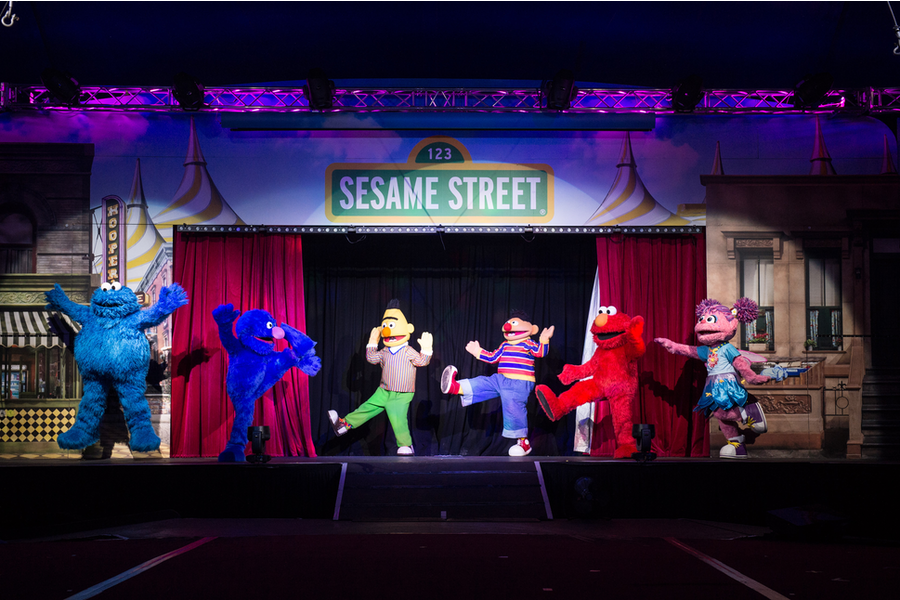 As celebrations for Sesame Street’s 50th Anniversary continue around the world in 2019, Haven Global has formed a new partnership with Showtime Attractions and Silvers Circus for the most exciting and ambitious performance in Australia and New Zealand. In a world-first, the Sesame Street Circus Spectacular launched this month in Melbourne, the first stop in a national two-year tour, to rave reviews from both the young and the young at heart!

This incredible event brings everyone’s favourite Sesame Street characters to the big top in a never-before-seen story performance, where everyone’s favourite characters Elmo, Cookie Monster, Abby Cadabby, Bert, Ernie and Super Grover all work to find their place in the circus – from clowns to daredevils to picking the circus’ new Ring Master! The show further features an impressive bill of world-class performers from across the globe, including Argentina, Switzerland, Germany, Hungary, Brazil, Morocco and more!

Almost every element within the show has been newly developed for this tour, which was written and produced locally and includes the original Sesame Street voices that were recorded in New York especially for this production. Keith Brown, Managing Director of Showtime Attractions has left nothing to chance with this brand-new family entertainment experience. “We spent time in New York with the cast of Sesame Street, recording their voices, making sure that each character’s personality is matched to their role in this brand-new show,” said Brown. “We wanted to bring an authentic Sesame Street experience to our audiences, so we needed to make sure that Super Grover was part of something daring, that Elmo would be in a playful environment and that Cookie Monster would be enjoying his favourite snack.”

Before the show even begins, audiences can experience the joy and excitement of ‘Elmo’s World’ – featuring Sesame Street themed art & craft activities, giant bouncy castle and ball-pit, as well as photo opportunities with the one and only Big Bird on the world famous Sesame Street New York Stoop! There are also carnival games and lots of colourful merchandise available for purchase on-site.

“What better way to celebrate the 50th anniversary of Sesame Street than to bring this new adventure to Australia and New Zealand,” said Ed Wells, Senior Vice President, International Media and Education, Sesame Workshop. “Our highest priority is to create deeper, richer experiences with children and their families and extend the laughter and learning of Sesame Street. This incredible, all-new spectacular from Showtime Attractions, Silvers Circus and Haven Global does just that and is sure to capture the hearts of young and young-at-heart fans.”

The Sesame Street Circus Spectacular will conclude its Melbourne leg of the tour on October 13th, before moving on to other cities and regional centres across Australia and New Zealand throughout 2020… first stop – Tasmania! For the full tour itinerary, information and tickets click here.