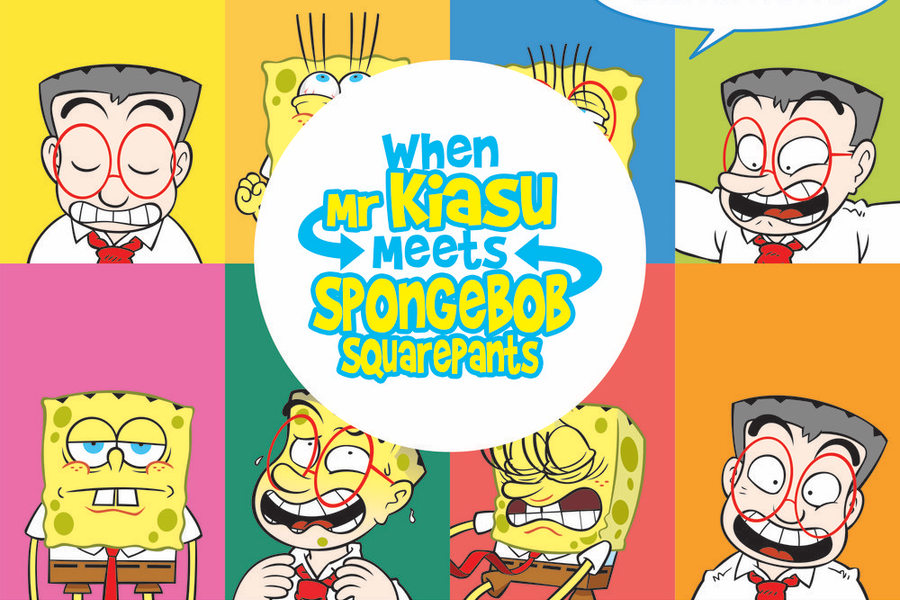 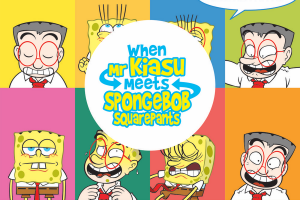 Conceptualised by Nickelodeon and Lau, the book features the unique illustrative style of Lau who blends the two characters into each other’s world. Bikini Bottom will meet Singapore in this clash of worlds, when SpongeBob runs into Mr. Kiasu and both embark on an epic adventure.

Dennis Tan, Vice President, Brand & Retail Marketing Asia Pacific, Viacom Nickelodeon Consumer Products said, “To continue to commemorate SpongeBob’s 20th Anniversary, we wanted to partner an artist to highlight SpongeBob’s influence on pop culture through a distinctively Asian lens. This partnership with Mr. Kiasu is all that and more. It juxtaposes SpongeBob with the truly local Mr. Kiasu but also shows what they have in common – imagination, humour and a whole lot of heart – that makes this combination compelling for fans.”

“As a pop culture enthusiast and a longtime fan of SpongeBob, I couldn’t be happier to re-imagine him with Mr. Kiasu and create a unique take on SpongeBob in Asia,” said Johnny Lau.

Fans can also get their books autographed by Lau, who will conduct fan-signing on both days. Thereafter, the coffeetable book will be available at leading bookstores from 9 December onwards. The merchandise will retail at Area65 and VivoCity Toys“R”Us.