Since opening the doors in 1995, Keith Brown and his team at Showtime Attractions have developed into a world-class live events company, offering the best of the best in licensed characters, premium activations, entertainment, touring shows, seasonal activations and amusements. The brands that Showtime Attractions have worked with over their 20+ year journey include Bananas in Pyjamas, Dora the Explorer, Shrek, Trolls and Peter Rabbit, where they won the award for ‘events product or campaign of the year’ at the 2018 LIMA Australia & New Zealand Licensing Awards. Now in September of 2019, Showtime Attractions will bring what is perhaps their most ambitious and spectacular live event to Australia & New Zealand with their all-new Sesame Street Live Circus Tour, which will open in Melbourne.

Indeed, Sesame Street is joining the circus along with a brand new team which will travel around Australia to perform at live shows in a state-of-the-art circus tent developed and built out of Italy. These Sesame Street Live Circus shows will offer 1000 seats per show and ticketing will be handled by Ticketmaster. With a projected national audience of over 500,000 attending the 90 minute shows throughout the two year tour, it will certainly be something not to be missed across Australia & New Zealand and perhaps even Asia in the future. As a much-loved brand all around the world, Sesame Street’s famous characters will all be in attendance including Elmo, Cookie Monster, Abby Cadabby, Bert, Ernie and Super Grover. In addition to the Sesame Street characters, the events will include acts from Argentina, Switzerland, Germany, Hungary, Brazil, Morocco and more. The music for the show was written locally in Australia and Showtime Attractions have delivered that to Sesame Street which will then be recorded with the actual voices from each character. Not only will the show itself be spectacular, but everything has been thought through carefully including the light boxes at the entry to the show, where children can learn how to draw the Sesame Street characters whilst they wait in line to enter the show. There will also be ‘Elmo’s World’ at the show entrance which is a ball-pit where kids can play.

Speaking to Keith, it is easy to see how exciting this project is for Showtime Attractions and how new and innovative it really is. Says Keith, “We go onto set from Monday the 20th of May onwards to start recording with the whole crew from Sesame Street, where the voices will be recorded on set in New York. There has been so much work put into the theming of the show and making sure that each characters personality is matched to their role in the show. For example we needed to make sure that Super Grover was part of something daring, that Elmo would be in a happy environment and that Cookie Monster would be eating. We can also announce that Big Bird will appear in the show and that the children will have the chance to meet Big Bird before, during the intervals and after the show. We are taking Sesame Street to households, not just in cities, but all over the country in our 1000 seat traveling theatre!”

Not only does this activation bring an amazing live show to audiences across Australia & New Zealand, it also gives the industry an exciting opportunity to partner with Showtime Attractions to bring fantastic products to the children. In this era where retail is in a constant state of change and where opportunities can be hard to come by, Showtime Attractions is offering a great platform for companies working with the Sesame Street brand to be involved to further enhance the live shows and their own businesses. Keith explains, “We’re willing to work with other licensees. We could develop our own product but why reinvent the wheel? We are going to be buying volume so we are looking at how we can work with partners. We want to work in collaboration with licensees to drive sales in this hard economy in ways which do not hurt existing retail platforms but rather offer another avenue to market with products sold at our live shows and event merchandise. We want to make sure that everyone who attends the show can afford to purchase a piece of Sesame Street memorabilia that they can take home to remind them of the show and that they were part of the show.” The other opportunity that is worth mentioning is the official program which will be released in January 2020 and will offer a great platform for all things Sesame Street. Partners can work with Showtime Attractions via their very own pages, something Ticketmaster have already signed-up for to market their products not only at the shows but also via traditional retail channels all to a captive audience of Sesame Street fans in excess of 500,000!

A show this ambitious obviously requires a great deal of planning and marketing to make it a success and this show is no different. Keith detailed the marketing power behind the show, “You are going to see 2000 ads on television, 2000 ads on radio, billboards, press, posters, leaflets, advertising vans and more. There will be 38 billboards in Melbourne and a huge campaign for the opening show! In addition to this we will also be using our PR companies to drive our social marketing to engage the customer. As living becomes more expensive and people move to country towns, it is important for us to bring the show to their doorstep. The days of simply bringing a show to a city are over, we need to work harder now to take the show to our customers. We will be delivering the Sesame Street brand to the kitchen table.”

The show itself will be hosted in a spectacular new tent which was designed and developed in Italy and will offer everything from wind resistance to shading for guests during hot weather. The tent will also feature a stunning Sesame Street logo which will feature LED lights which has been developed locally in Geelong. Inside there will be specially engineered stages, theming and high-tech infrastructure which will be assembled and disassembled at each show. Keith went on to explain how the idea for this show came to fruition, “The concept was taken to Haven Licensing, who took it to their partners. As a brand heavily focused on education, it was important for us to work with Sesame Street to make sure the show offered education to children and not just a live entertainment show. I think what we are going to bring to the market is exceptional.”

Not only is it important to Showtime Attractions that they offer an amazing show, it is their goal to make sure that the experience is something that children will love and talk about. Driving ticket sales via positive feedback and word-of-mouth is important and something Keith is focused on.

Keith explained, “This is our largest talking point here, that people are going to take away with them memories of an amazing experience and their voice can then drive further tickets sales to our shows, which we believe will also translate into retail sales as well.” Finally, to coincide with the launch of the Sesame Street live shows, Showtime Attractions will be running a non-ticketed ‘Sesame Street Block Party’ in Westfield Shopping Centres nationwide in September outside of the traditional school holidays timeframe. The activation will include a meet-and-greet with the Sesame Street characters, an area where children can play, a disco, a ball crawl and then a craft area. This activation will run in addition to Cookie Monster’s Bakery, where children can bake their own cupcake and receive a Cookie Monster chef hat and apron and then further down the track will be Elmo’s Reading School. 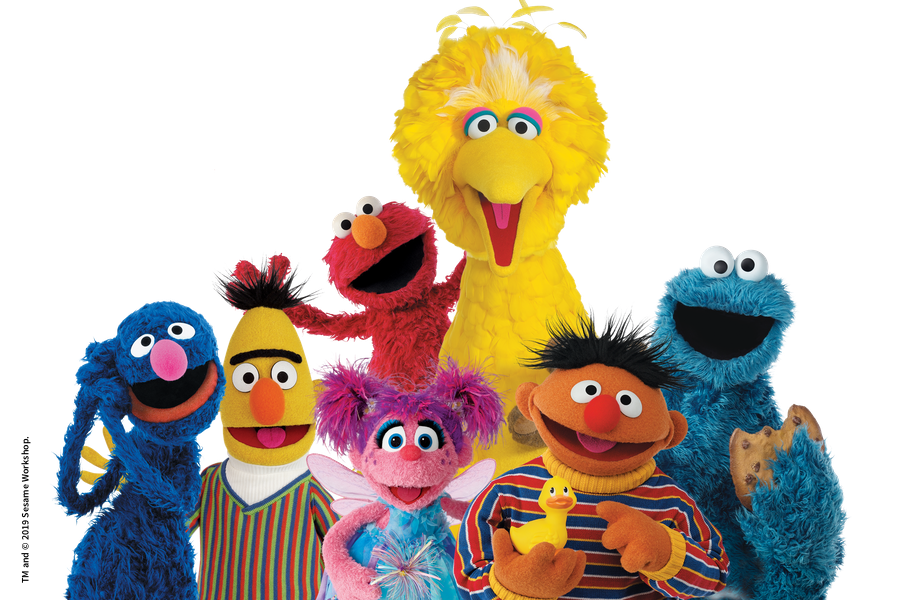