Fan favourite Yu-Gi-Oh! THE DARK SIDE OF DIMENSIONS, the Japanese anime film, was a big winner at the 6th Annual BTVA Voice Acting Awards in the anime/movie category.

The BTVA (Behind The Voice Actors) is an extensive website dedicated to the Voice Acting Industry and presents, annually, its awards to the best voice actors and best voice actresses of the year. This year’s awards – both the “Official Winner” (selected by BTVA staff) and “People’s Choice” (voted by registered members of BTVA) – were presented at the Los Angeles Anime Film Festival.

In the category of Best Vocal Ensemble in an Anime Movie/Special, Yu-Gi-Oh! THE DARK SIDE OF DIMENSIONS garnered both the “Official Winner” and “People’s Choice” awards. As one anime fan noted in a social media post, “Lots of my favourite actors and they all performed fantastically.”

In the category of Best Male Lead Vocal Performance in an Anime Movie/Special, voice actor Eric Stuart (as Seto Kaiba) was selected as the “Official Winner.” Another anime fan stated, “I was totally blown away by (Eric’s performance) here.”

In the category of Best Male Supporting Vocal Performance in an Anime Movie/Special, voice actor Dan Green (as Yami Yugi) was selected as the “Official Winner” and “People’s Choice.” Said another fan about his exceptional performance: “Dan Green….do I need to say more?” 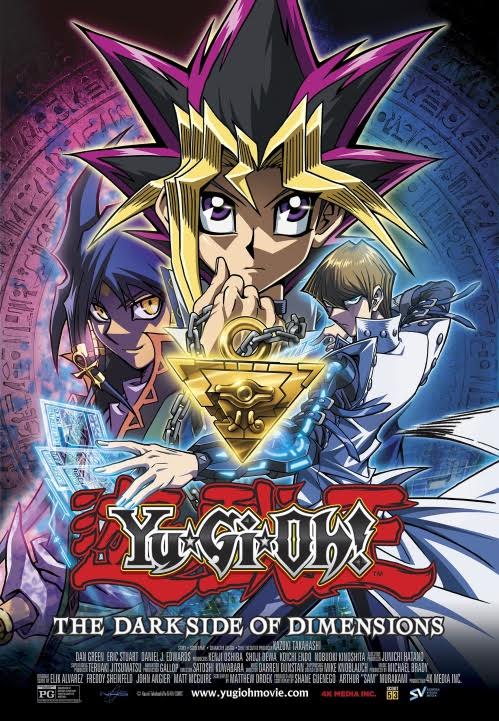 In Yu-Gi-Oh! THE DARK SIDE OF DIMENSIONS, the stakes have never been higher; the rivalries never as fierce; the risks never so great. One wrong move – one card short – and it’s game over for good. A decade in the making, Yu-Gi-Oh! THE DARK SIDE OF DIMENSIONS features new designs and an all-new story from the original creator of the global phenomenon, Kazuki Takahashi. His masterful tale features anime’s most beloved characters in their long-awaited return: Yugi Muto, Seto Kaiba and their faithful friends Joey Wheeler, Tristan Taylor, Téa Gardner and Bakura. It’s the most highly anticipated re-YU-nion ever!