Home Features How Much Does a Gaming Experience Cost?
Features

How Much Does a Gaming Experience Cost? 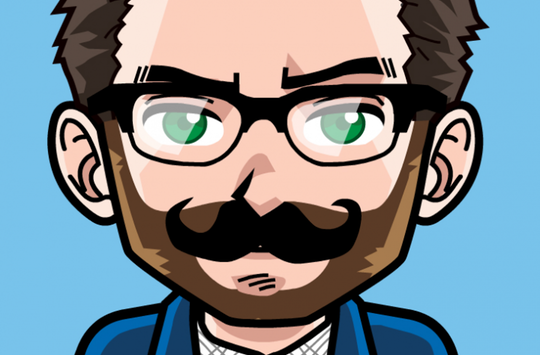 I have a confession to make. I’m addicted to mobile games. The touch-screen based phenomena have without doubt had a positive impact on my tedious morning commute, with success stories such as Angry Birds transferring me, if only for a moment, from a jam-packed London train carriage to the wonders of Rovio Entertainment-land.

I’m not alone. Since its launch in 2009, Angry Bird’s comical sketch-stylized characters have captured the fascination and affinity of millions of gamers across the world, having been the number one paid app in 68 countries as well as the global best-selling paid app of all time. Its extraordinary success has paved the way for extensions into everything from movies and amusement parks to food products and plush toys, further cementing the brand’s position as one of the most influential new media entertainment properties of our time.

Imagine, therefore, how the gaming world watched with intrigue when in 2013, Rovio announced the introduction of Angry Birds to Xbox One and PlayStation 4. Intrigue that was, until the adjoining price tag of $49.99 was revealed: a cost roughly ten times higher than that of its previous mobile phone version. At the time, Rovio justified the significant increase with the addition of twenty exclusive levels, the game having been completely digitally remastered upon its venture into the next-gen console space. Nevertheless, the vast majority of fans were not immediately convinced, unsure as to whether the promised improvement in quality could really warrant such a sizable increase in price. After all, the PlayStation 4 and Xbox One, having only just launched, both represented the new generation of console powerhouses with the capability of producing some of the most sophisticated game graphics to date; yet, they were now being used to reproduce a mobile app. Was the big screen console really the right format for a game that was in fact tailor-built for smartphone or tablet touch screens? Without the fingertip interface it seemed like something fundamental had gone missing from the original gaming experience.

In order to better exemplify my point; let’s take a look at Amazon. The e-commerce giant offers consumers an almost endless array of gaming related products, with everything from consoles and game collections to virtual reality headsets readily available for purchase. For example, I can log on to my account, purchase a $120 tablet and then go onto Appstore or Google Playstore and purchase a $3 game. Alternatively, if wanting the “fuller” console experience, not only will I need to get myself a 3D or 4K resolution TV (commonly in the $2,000-4,000 range) but also an Xbox or PlayStation 4 ($500) as well as, of course, the actual game (usually around $40). Add these figures up and you will soon realize the vast monetary difference between a console and mobile experience. The question is, however, whether console always means better and whether the supposed rise in quality validates such a significantly higher price?

On the opposite side of the spectrum, big budget console games are increasingly taking the leap into the smartphone and tablet space, adapting content as well as graphics to better suit the significantly smaller touch screen format. Bioshock, arguably one of the most atmospheric and immersive first person shooter titles, released a mobile friendly version of its console original in August 2014, priced at a moderate $14.99 on iTunes. And while the lower cost certainly introduced the game to a considerably wider audience, it is difficult to overlook the fact that something fundamental was lost when transitioning from a much more graphically developed big screen. Don’t get me wrong: the introduction of Bioshock on mobile has undoubtedly helped in keeping me sane many a morning commute. I just think it is a shame if the smaller touch screen version is a new player’s first (and perhaps only) interaction with the magical city of Rapture.

For the most part, I personally think that the vast price difference between console games and their smartphone counterparts is completely justified and understandable. After all, the structure, content, design and graphics are significantly more developed on an Xbox One than on an iPhone or Galaxy, making the overall gaming experience so much more immersive. The question is, however, at what point the cost becomes too high and whether developments in mobile technology will narrow the gap in quality, making it less justifiable to spend so much more on a console. Perhaps some titles are better off staying on the small screen, focusing instead on truly perfecting their fingertip interface format? At the end on the day, the cost of any gaming experience is directly related to consumers’ perception of value and this is, in turn, linked to their expectations on features and quality. I am happy to pay significantly more to play a game like Bioshock on console but this is only because I am expecting the investment to be worthwhile in terms of the player experience. In my opinion, there is a definite market for both big and small screen titles but in the words of so many before me: you will ultimately get what you pay for.

For more information, visit www.tboxgency.com or follow us on social media:

YouTube was founded back in 2005 and now, 15 years later, the service offers content creators a platform to build a business creating original...
Read more
Features

Building Resilience During Our Pandemic World — by Pinky David

'Pivoting during this pandemic' is arguably the most frequently used phrase during our surreal days of COVID-19. As corporate executives and business owners, we...
Read more
Features

Like most of the world, Japan is struggling along and trying to cope with the Pandemic. As the seriousness of the crisis began to...
Read more