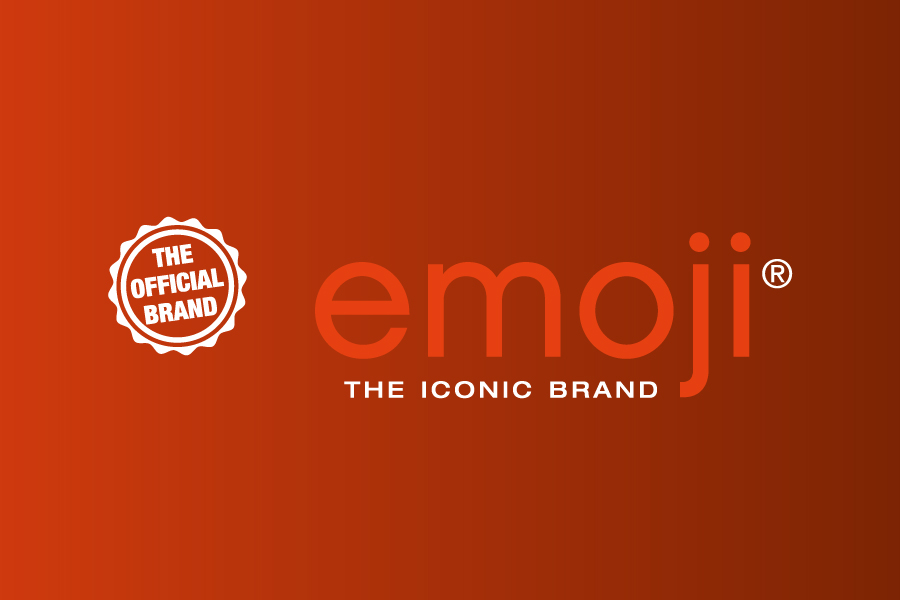 Some of The emoji company’s most popular digital icons moved from the screen to the real world in a series of live activations at two of Hong Kong’s largest shopping centers this summer. Both events, which kicked off in June and continued through the end of August, were developed in conjunction with the Sun Hung Kai Real Estate Agency, in a deal brokered by The emoji company’s Hong Kong licensing agent Medialink. 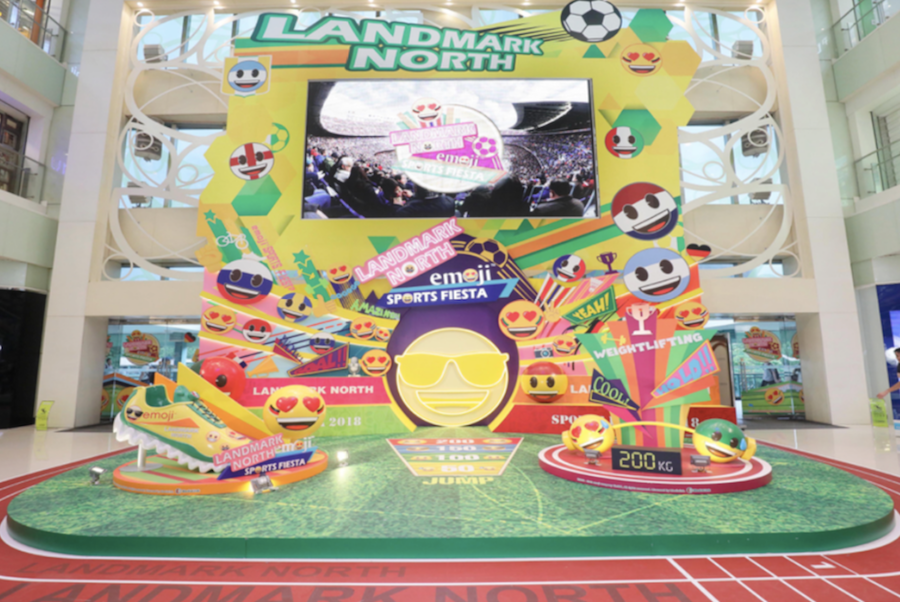 The 12-week-long football-themed installation featured a range of on-site activations including an interactive “training zone” in the shopping mall’s central atrium, photo opportunities, a roving dance troupe and a redemption program for limited edition premium emoji® summer products such as luggage covers and pool floats. Every Saturday and Sunday, fans also had the chance to put their football skills to the test in an immersive VR experience housed inside a giant transparent football, and on July 14 and 15 emoji® – The Iconic Brand Sports Fiesta hosted a live foosball competition. emoji® – The Iconic Brand Sports Fiesta was supported by decorative displays throughout the mall and wide-ranging media coverage.

The second activation, PopWalk x emoji® – The Iconic Brand Summer Adventure, kicked off June 16 and also continued through August 31, showcasing large- scale installations of the brand’s most popular emoji® icons. The event featured a roving dance troupe, an obstacle course for young fans along the PopWalk promenade, dress-up contests and make-up parties, as well as prominent branding throughout the venue. On July 13-15 the venue also hosted the Zhongxia Wenqing Afternoon Market in conjunction with emoji® – The Iconic Brand Summer Adventure, featuring products from 42 local artisans.

“It’s been really exciting to see our brand come to life on such a large scale,” says Marco Hüsges, CEO and Founder, The emoji company. “Over the course of these two events, thousands of fans were able to immerse themselves in the world of emoji® and participate in the excitement surrounding the World Cup in a very unique way. It really showcases the expressive power of the emoji® brand to transcend borders.” 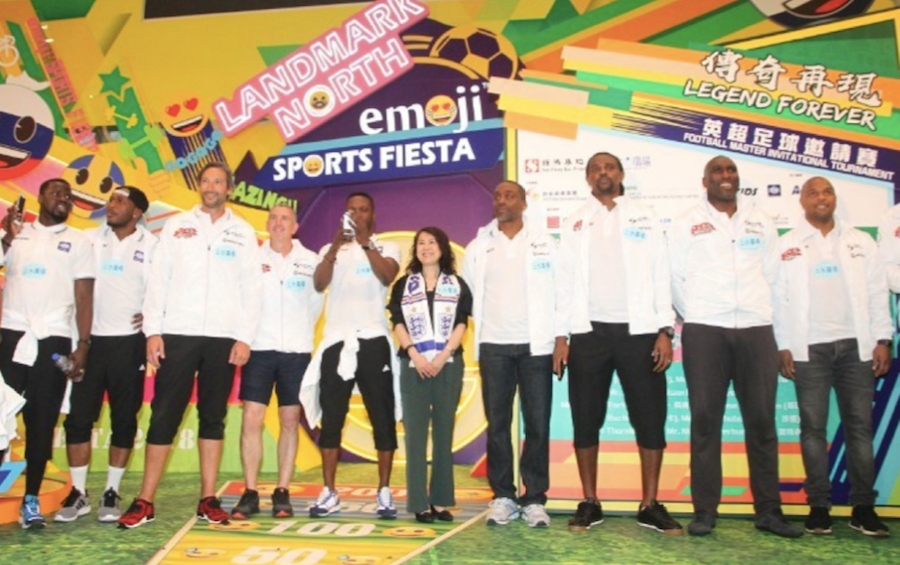 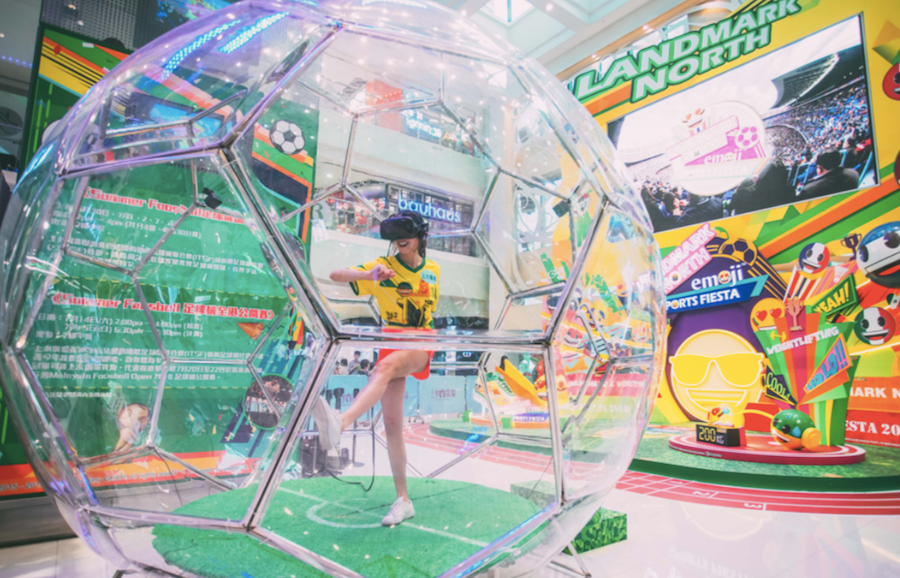 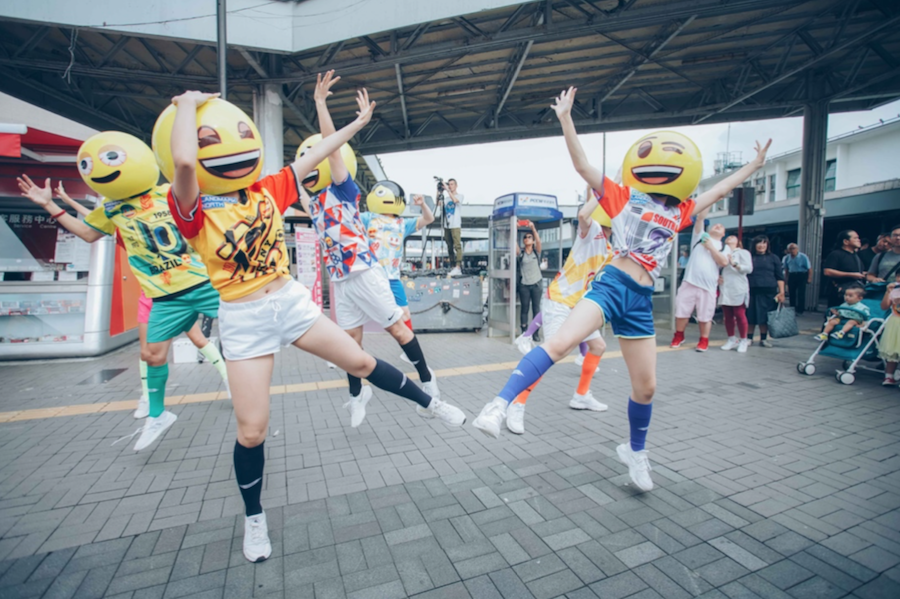