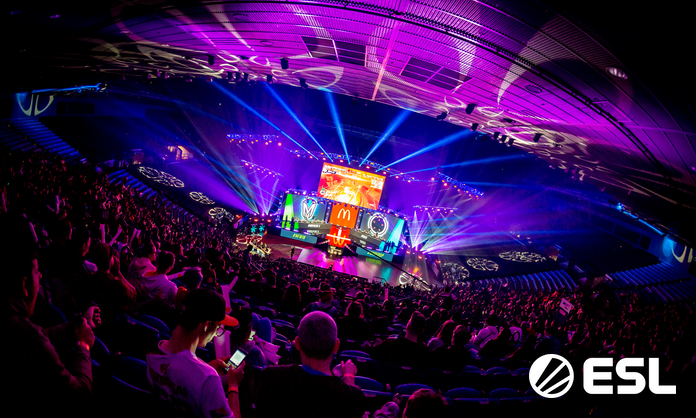 Back in 2019 The Bugg Report had the chance to speak to Alex Blaikie from ESL in Sydney Australia to ask some questions about Esports and ESL Gaming. We more recently had another opportunaity to hear from Alex about how the industry has evolved and to learn about new activations and events via ESL Gaming and their global operations.

Thanks Matt. It’s been a wild couple of years since we last spoke, as the world of gaming & esports has evolved, and continued to grow exponentially throughout the global pandemic. In the last year alone, we’ve seen double-digit growth in viewership for a number of our esports tournaments, and obviously with so many people staying at home, video games have been enjoyed by an audience wider than ever before.

2020 was a challenge, however I am curious to know how things were for ESL in regards to gaming and Esports as the business is fundamentally online?

It’s part of our DNA at ESL to engage with fans offline, so this period has been tough for us in not being able to do that. Although it’s much easier to transition an esports tournament to an online-only setting than it is a traditional sporting event, there’s always that extra layer of engagement that’s missing from an online vs. a live event.

Since we last spoke in 2019, how has the expansion been across competitive teams in the gaming and Esports space?

Here in Australia, Adelaide Football Club and their Legacy Esports team are still the most well-known example of a traditional sports team coming into the esports space and building their brand here. Over in North America, there’s a lot more activity — with a number of teams in the Overwatch League being owned by well-known sports groups, such as Vancouver Titans (owned by NHL’s Vancouver Canucks) and the Los Angeles Gladiators (owned by Kroenke Sports and Entertainment, who also own Arsenal and the Los Angeles Rams).

Can you explain what the ESL Mobile Open is, where it is available and how it works?

Earlier this year we launched the ESL Mobile Open as a new way for us to reach a wide audience of competitive gamers on mobile, with tournaments in seven games synonymous with mobile esports — League of Legends: Wild Rift, Legends of Runeterra, Asphalt 9: Legends, PUBG Mobile, Brawl Stars, Clash of Clans, and Clash Royale. With our updated ecosystem structure, we’ve also expanded into new regions — in the past we were active in Europe and North America, now we are expanding into North Africa and Asia-Pacific, where mobile gaming is in many cases, larger than PC.

From a collaboration point of view, I see your recent Menulog x ANZ Champs partnership and it looks like a perfect fit for both companies. Can you elaborate on this and how it came to be?

Certainly — Menulog came on board in 2020, and following a successful year, we extended our partnership with Menulog on ESL ANZ Champs product for the whole of 2021. Our audience for the ANZ Champs are gamers, often watching the show between 8 and 12pm — the perfect time to have some dinner or a late-night snack delivered from local restaurants.

Another collaboration that you have done is with Intel and I believe it is the longest running partnership in conceptive gaming history?

Our partnership with Intel has been critical in driving the growth of esports globally, and comes from a time when the concept of esports filling up stadiums with tens of thousands of cheering fans was closer to a dream than a reality. Last year, we celebrated our 20th anniversary, and highlighted how Intel has been with us every step of the way, helping us build properties like the Intel® Extreme Masters — the longest running global pro gaming tour in the world. Earlier this year, we announced an extension of our partnership through to Intel® Extreme Masters Katowice in 2025, which also saw all of our ESL Pro Tour CS:GO events brought under the Intel® Extreme Masters brand.

I read recently that the International Olympic Committee has committed to moving into eSports and gaming via the Olympic Virtual Series (OVS). Can you tell us about it?

It’s been an exciting twelve months for esports and traditional sport crossovers — and there’s been significant developments this year, with the Intel World Open becoming the Official Esports Event Partner ahead of the Olympic Games in Tokyo.

I see that since we last spoke ESL SHOP seems to have come forward in leaps and bounds. How have you seen the expansion in this area of your business and is this an in-house project or do you have licensing partners?

Absolutely, since we last spoke we’ve launched the ESL Shop in Australia, with local warehousing and fulfilment, and local production for some items — it’s been a real rollercoaster. While most of the products in our shop are developed by our team in-house, we’ve been expanding upon licensed products in adjacent markets. Earlier this year, we launched a new mobile gaming controller designed by RiotPWR as part of our ESL master brand licensing initiative, and have also expanded our licensed cable portfolio, which is primarily sold in Nordic markets.

I noticed the collaboration that ESL recently did with KAPPA for limited edition merch and I imagine it was received really well. Do you have plans to look at similar collaborations in the future?

Our collaboration with KAPPA over in Europe has been extremely well received by our audience, and provided our fans a way to wear the world of CS:GO in a modern, contemporary lifestyle line. This echoes what we’ve been trying to do locally in the esports merchandise space as well — provide gamers and esports fans with options for merchandise that go beyond the traditional team jersey, and move much closer to your urban/streetwear apparel.

And lastly Alex, does ESL have any intention to look at the NFT space in terms of your collectables?

The release was a way to immortalize 5 heroic esports moments and past champions, so the NFT format made perfect sense. All proceeds from the sale went to a number of our charity partners, including Gamers Outreach, and Anykey; it was received very well by our audience and certainly set the stage for us to explore NFTs more in the future.

This interview originally appeared in Edition 37: