Families that play more are happier, but even children say they are too busy for fun and games

Playing together makes families happier, closer and less stressed – but over a third (38%) admit they struggle to prioritise playtime due to hectic daily schedules of both parents and their children, according to a new report released by the LEGO Group today.

The LEGO® ‘Play Well Report’ surveyed nearly 13,000 parents and children in nine countries to understand the state of play today and encourage discussion around its ongoing importance.

The report reveals a strong link between the hours spent playing together and the happiness of families, with nine out of 10 families (88%) who play for five hours or more a week claiming to be happy, while, of those who play for less than five hours, only seven out of 10 (75%) say they are happy.

Playtime is being squeezed however, with nearly a third (30%) of families spending less than five hours playing together every week. One in 10 (10%) play for less than two hours.

Even when families do get together to play, six in 10 (61%) parents admit they tend to get distracted by life’s other demands, such as work, house chores and their ever-present smartphones. Alarmingly, one in five children (17%) say they are too busy for play, with four out of five (81%) wishing their parents would play with them more.

“Playing together is a fundamental cornerstone of family life for children and parents alike. But with modern lifestyles busier than ever and so much emphasis on formal education and structured activities, it can be easy to forget to make time for it. Given the positive effects it has on our wellbeing and happiness levels, family play should be the most important ‘homework’ of all.” 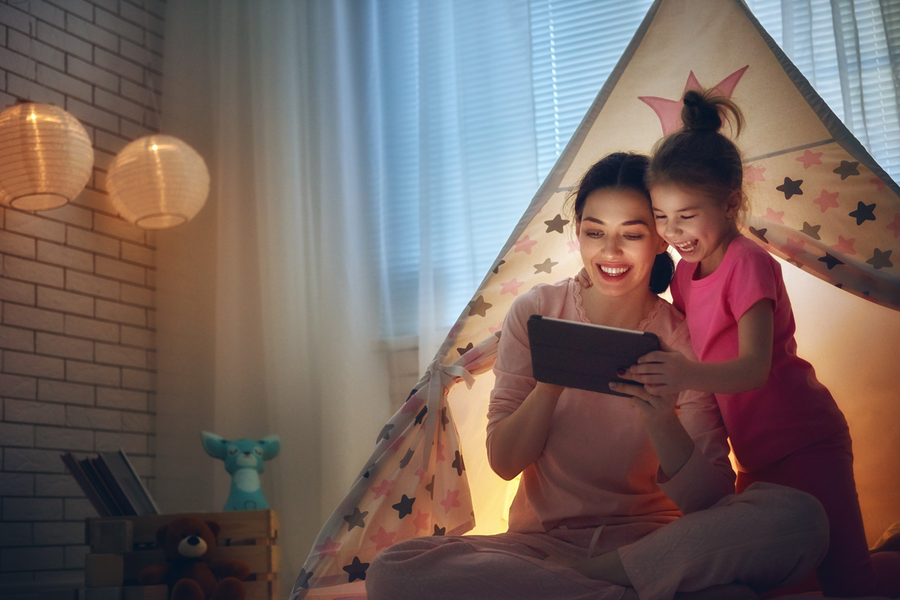 The report draws out a generational shift in play patterns and the concerns that come with these changes. While parents still worry about the safety and sociability of digital play – 88% being concerned about online safety and 72% fearing technology makes children less able to think for themselves – the report reveals the next generation is teaching us all to embrace the unique opportunities that technology brings.

Children themselves are pioneering a new type of ‘Fluid Play’ where they naturally engage in play that seamlessly blends real world, imaginary and digital experiences. To them it is simply play.

The report reveals that the increased integration of digital layers doesn’t come at the expense of more traditional shared play, as most children (81%) still prefer playing with their parents than alone, and three in four (72%) prefer to play with friends in the same room rather than online.

Despite pressing concerns, parents are however showing signs of adopting their children’s mindset with over half (59%) believing technology can bring the family closer together, and three in four (77%) believing digital play can be creative.

Dr Elena Hoicka, Senior Lecturer in Psychology in Education at the University of Bristol, says:

“While many parents feel their children’s preference for digital play is getting in the way of what they see as better, typically more traditional activities, the truth is the two don’t have to be mutually exclusive. More than previous generations, kids today see the digital and real worlds as part of one big, interconnected play space. To make the most of their time playing together, parents need to adopt this fluid mindset too.”

The power of play to help children learn is indisputable for parents. Almost all (95%) believe play is essential for children’s wellbeing and a vital educational tool. Four in five (82%) think that children who play more will be more successful in future studies and work.

Adults and children equally feel the benefits of playing together. Parents say play is good for their own wellbeing (91%) and happiness (72%) and that it even helps them feel more relaxed (86%) and connected to their children (64%). Almost all children surveyed say play makes them feel happy (93%) and helps them relax after a long day at school (87%).

Inspired by the findings, the report suggests 10 principles for families to consider when playing together. These include encouraging less structured play, embracing mistakes and gamifying household chores.

“The beauty of play is that it evolves and changes with each generation, yet its benefits remain constant. This report shows that digitalisation is providing more opportunities for immersive play. We will continue to evolve LEGO play to seamlessly integrate digital and physical experiences for kids to ensure that they can continue to benefit from playful learning. Play continues to be essential for children and we have a role in helping parents to provide the best possible experiences for their kids and to protect and prioritise play time.”

The full LEGO Play Well Report 2018, including market findings, can be viewed here.