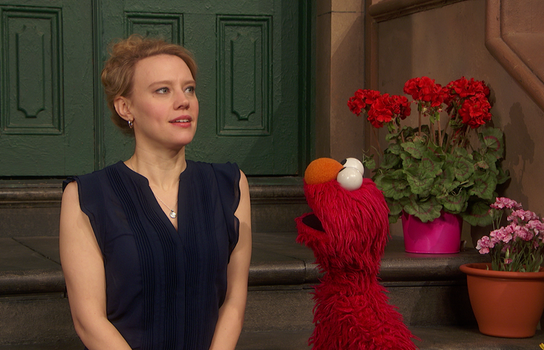 The Bugg Report recently had the chance to sit with Gisela Abrams and interview her on all the latest updates from the world of Sesame Workshop.

Gisela, it’s been several months since you announced your regional partnership with HeadStart for toys in Australia & New Zealand. Can you provide us with an update on this?

It’s been a whirlwind! HeadStart’s Sesame Street plush is now in the market. We have the featured “Tickle Me Elmo” plush, a talking Cookie Monster puppet, character pillows, figurines and so much more! This Christmas fans will see an Elmo, Cookie and Abby talking plush. And we’re thrilled to announce that Sesame Street is the #1 character license in NPD’s plush category, and the fifth best-selling brand in the category overall. In other toy news, we’ve also signed on Toy Lab and MJM!

Wow, so your products are doing really well. What about promotional campaigns?

With Haven as our licensing representative in the region, they’ve been great partners helping us grow our brand and connecting us with the right partners. Together we are working on an exciting promotional campaign with Big W. 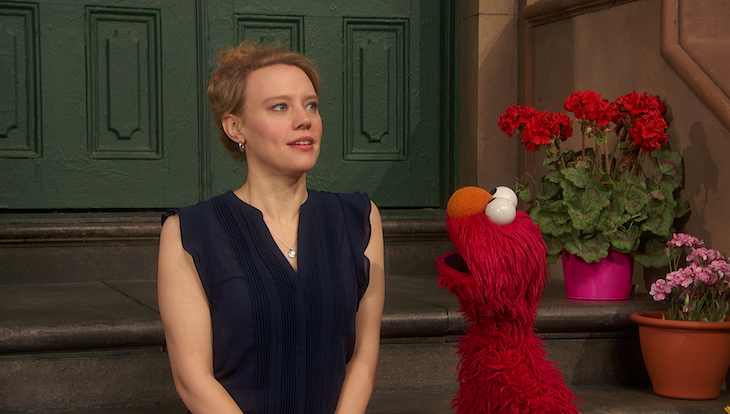 Sesame Street does a great job with tackling tough topics. What are you taking on in Australia?

To combat the stigma and isolation so often experienced by children with autism and their families, Sesame Street embarked on an initiative called See Amazing in All Children. The initiative is a natural extension of our work around diversity, acceptance, and kindness – and our longstanding message: “We are all different, but the same.” In Australia, we partnered with Aspect, Australia’s largest service provider for people on the autism spectrum, to create See Amazing videos with Elmo and Australian families celebrating how special and amazing each child is.

Last year, we conducted a survey on kindness. We chose to shine the spotlight on this topic because we at Sesame Workshop felt that the world seemed to be lacking in empathy, and we were concerned what the long-term impact of that would be on children and society as children grow older. We found that parents and teachers in the United States worry that their children are living in an unkind world; they feel that people do not go out of their way to help others enough, but they also believe that children need strong social-emotional skills to succeed in life.

This year, to combat that negativity, we launched “Spread Kindness, #ShareTheLaughter,” a global multimedia campaign. Fans enjoyed kindness-themed episodes on Sesame Street, as well as new and classic videos and songs celebrating kindness on Sesame Street’s social media channels. On August 16th, Elmo asked friends everywhere to spread kindness around the world through the universal language of laughter with his #ShareTheLaughter tell-a-joke challenge. Australian celebrities who joined the campaign included The Project’s Carrie Bickmore, Peter Helliar and Waleed Aly, Kochie from Sunrise, and the team at Fox FM’s Breakfast show – Fifi Box, Dave Thornton, Brendan Fevola and Byron Cooke.  We also have a line-up of international celebrities like John Legend and Kate McKinnon. In the next season of Sesame Street, we’ll be addressing respect and understanding.

Next, we’ll also be working on an oral health initiative. We’ll be looking for local partnerships to help develop and deliver content to young children and their families in Australia.

What are you focusing on at Brand Licensing Europe?

We’ve got a great story to tell. On the apparel side, we continued our collaboration with PUMA with a new line of sneakers and outwear for adults. Last year’s PUMA X Sesame Street kids’ collection earned a nomination at this year’s LIMA Awards. H&M’s nine-year collaboration with Sesame Street continues; we also formed a direct-to-retail partnership with Zara. In sleepwear and loungewear, we are collaborating with Alice Vandy on a new collection for teens and adults in the UK.

In January 2017, German-owned cleaning manufacturer Kärcher debuted a multi-channel brand campaign that included video spots, point-of-sale materials and behind-the-scenes web videos, starring Cookie Monster. The campaign was active in Germany and across Europe, where the video spots were aired on television and social media. 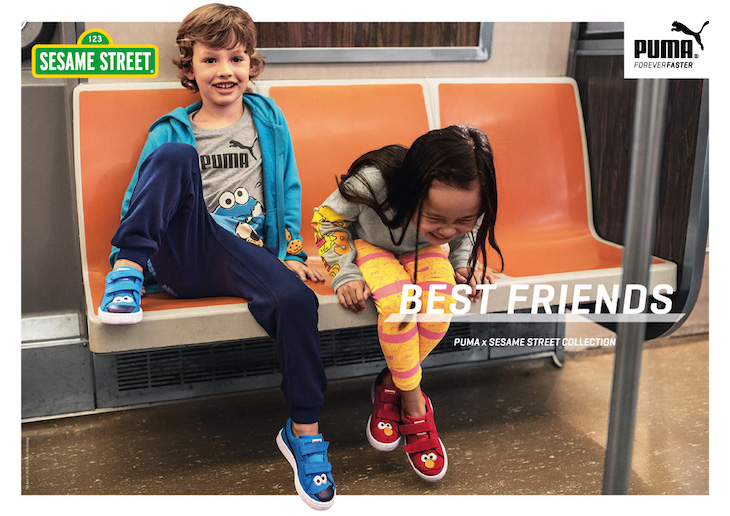 How is Sesame Street’s television presence?

We’ve a healthy presence in Europe. Sesame Street returned to the UK in November on preschool channel Cartoonito, marking the first time the show aired in the country since 2001. The Furchester Hotel, another Sesame Workshop property featuring crossover characters Elmo and Cookie Monster, continues to air on CBeebies. With HBO’s launch of HBO España, a subscription-based broadband streaming service that was rolled out in November in partnership with Vodafone, Sesame Street is now available in Spain, too. Our local co-productions, Sesamstrasse in Germany and Sesamstraat in the Netherlands, are also going strong.

In Australia, with the ABC as our partner, Sesame Street will air season 48 in the first quarter of 2018.

Sesame Street will be celebrating its 50th anniversary in 2019. Anything you can announce?

To be sure, it’s an exciting milestone. The festivities will include all-new star-studded TV content, dynamic social media campaigns, interactive consumer experiences, fun new products and so much more. We’re currently working on so many exciting partnerships for our 50th, and are open to additional opportunities and new partners to help us celebrate this very special milestone.