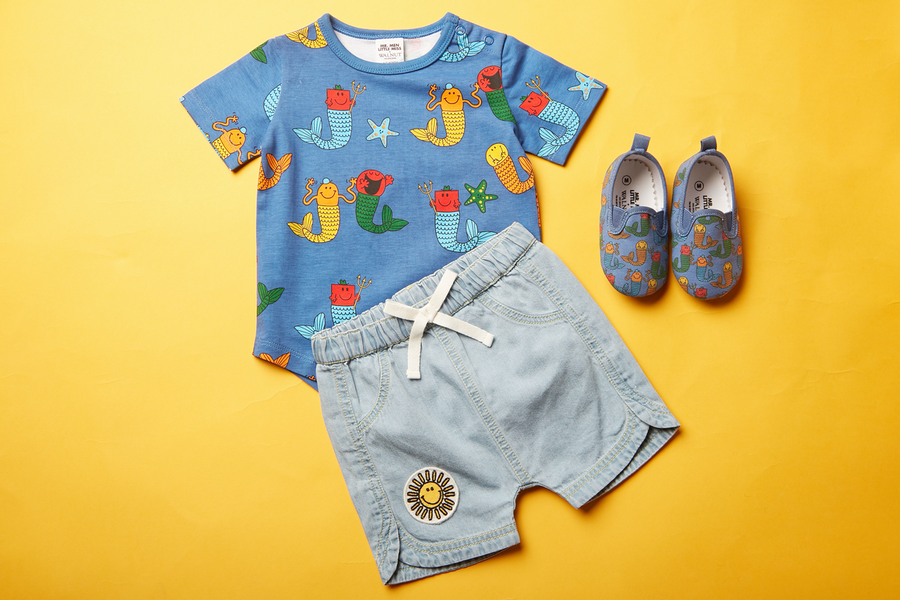 Established in 2007, Walnut Melbourne fast became a leader in the children’s footwear space due to their refreshing direction of affordable product, that didn’t compromise on style and quality. Today, Walnut have expanded their offer to include ladies footwear and babywear.

In true Walnut style, the team have reworked beloved Mr. Men Little Miss characters into an underwater fantasy – that include both mermaids and mer-boys! The retro 1970’s stylised illustrations have been used across a range of adorable Spanish-made sandals, baby shoes and apparel that Walnut Melbourne are now known globally for. The collaboration ignites jolts of joyful nostalgia as fans are brought back to the bright, bold and brilliant world of the most iconic book characters, including Mr. Strong, Mr. Tickle and Little Miss Princess.

Launched on November 7th, the range is available online via Walnut Melbourne and The Iconic, as well as in-store at 50+ independent boutiques across Australia – while stocks last (see Walnut Melbourne’s website for stockists). 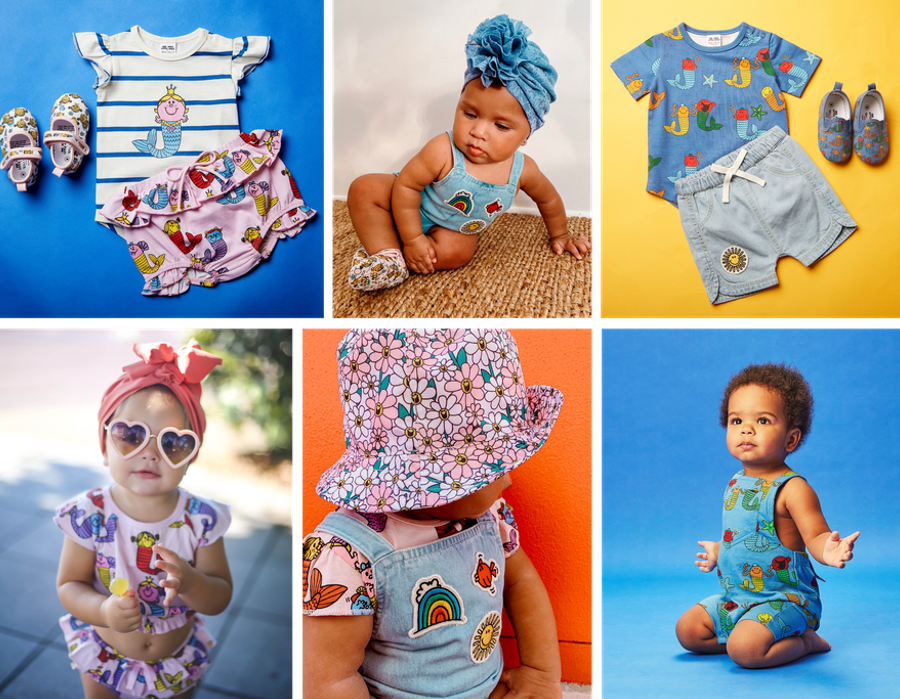 For licensing inquiries on Mr. Men Little Miss in Australia and New Zealand
Contact Diana Markezic from Haven Global on +61 3 9015 6688