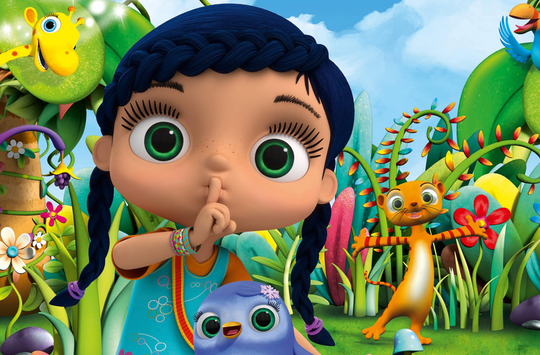 On the heels of its latest sales to the U.S. (Nick Jr.) and Latin America (Discovery Kids), m4e AG has secured further international broadcast deals for its all-new CGI-animated series ‘Wissper’. Originally commissioned by Channel 5’s kids strand Milkshake! and created by Dan Good, the 52 x 7-minute animated comedy-adventure will air on the free-TV platforms RTL Telekids from RTL Nederland (Netherlands), YLE in Finland, SVT in Sweden and LRT in Lithuania as well as on the pay-TV channel MiniMini+ in Poland.

Aimed at preschool children, ‘Wissper’ follows the adventures of a little girl by the same name who has a very special talent – she is able to communicate with animals. This allows her to understand their problems and help solve them. Wissper the ‘animal whisperer’ is a beloved character for young viewers all around the world.

The 52 episodes of the CGI-animated TV-series are created by Dan Good – known for the BBC-hit-series ‘Waybuloo’ – in a coproduction between his London-based animation studio Absolutely Cuckoo and m4e AG, Telegael (Ireland), Discreet Art Productions (India), and the German BASTEI Media GmbH, a subsidiary of publisher Bastei Lübbe AG. Episodes 1-26 have been available since end 2015, episodes 27-52 will follow by spring 2016. The brand’s worldwide distribution is managed by m4e.