The agreement was created and brokered by Haven Global, CKN’s worldwide licensing agent, which will partner with Viacom Nickelodeon Consumer Products across multiple territories. 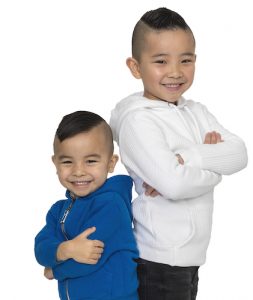 CKN Toys features seven-year-old Calvin road testing and unboxing the best and newest toys in the world. With more than 13 million YouTube subscribers and over 12 billion views*, CKN Toyshas grown to become one of Australia’s largest YouTube channels attracting massive global audiences across the US, the UK, the Philippines, India, Indonesia, Brazil and Australia.

Tapping into CKN Toys’ unscripted, spontaneous and fun narrative style, Nickelodeon will develop and produce an exclusive original short-form pre-school series for Nickelodeon and Nick Jr.-branded linear and digital platforms. The yet-to-be-named original series will be produced by Nickelodeon Australia and feature both Calvin and his three-year-old brother, Kaison.

“CKN Toys has grown to become one of the most popular YouTube channels in the world because kids and parents alike love Calvin’s sense of fun and play, and his good-natured personality,” said Jules Borkent, EVP Content & Network Strategy, Nickelodeon International. “We’re looking forward to developing content that taps into all the things fans already love about CKN Toys and giving it a distinct Nickelodeon look and feel.”

“Haven and Nickelodeon have been partners for decades, so it’s exciting to have the opportunity to develop a consumer products plan that embodies the fun and playful nature of CKN Toys,” added Mark Kingston, Senior Vice President of International, Viacom Nickelodeon Consumer Products.

With catch phrases such as “Oh my goodness!”, “Oh Wow!” and “Yes, I did it!”, CKN Toys began in March 2015 and quickly grew into the powerhouse brand it is today with Calvin and Kaison road-testing the best toys in the world. This new agreement with Nickelodeon continues CKN’s evolution into a global brand, with more announcements expected in the coming months.