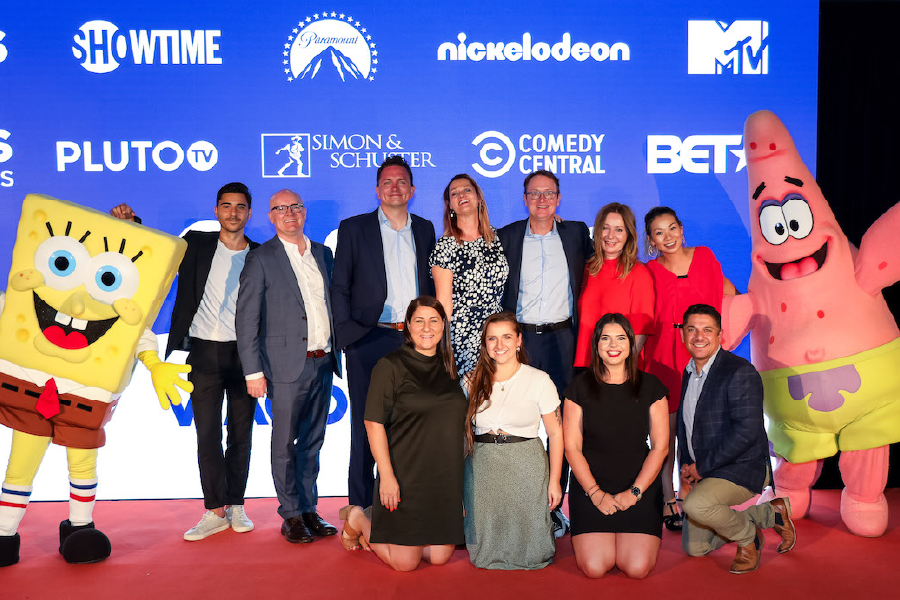 ViacomCBS Consumer Products (VCP) showcased its diverse and ever-expanding portfolio of brands and properties to key retailers and licensees at its annual partner presentation in Melbourne last week.

Mark Kingston, Senior Vice President of International for ViacomCBS CP, introduced partners to a new era of ViacomCBS, describing the organisation as an unrivalled powerhouse entertainment brand with global scale and infinite capabilities. He went on to highlight the organisation’s continued success in creating entertainment experiences through its ecosystem of television, film, digital media, live events and merchandise that drive conversation and culture.

The VCP ANZ team, led by Claire O’Connor, ViacomCBS Vice President of Consumer Products and Retail Marketing for Asia Pacific, presented a year of strong growth following the implementation of their ‘Every age, Every aisle, Everywhere around the world’ strategy. They also announced an impressive line-up of new IP including Garfield, Blue’s Clues & You! (revived ‘90s classic), Baby Shark, CKN and more.

Mark Kingston commented: “2020 will be a big year for ViacomCBS Consumer Products, and retailers and licensees are responding positively to this growth. As our organisation grows so too does our portfolio of iconic brands and properties allowing us to work with partners to create products for a vast range of demographics across an array of aisles.”

Claire O’Connor added: “It is an exciting time to be a part of ViacomCBS, not only has our iconic IP never been more popular, we are also adding new and local IP to the mix. VCBS have cracked the code on how to build a successful CP influencer business. Having grown JoJo Siwa from a YouTuber to a global billion-dollar brand, we are taking this roadmap and applying it to other talent including Ryan’s World and locally the CKN in partnership with Haven, with plenty more global announcements to come.”

Nickelodeon continues to be the leading kids’ brand in Australia with its subscription television networks capturing the highest collective rating and share of all kids 0-12. Nickelodeon’s strength is a testament to its position as the home to the biggest kids’ franchises.

In addition to Garfield, Blue’s Clues & You!, Baby Shark and Butterbean’s Café contributing to the expansion of VCP’s portfolio, other iconic properties include SpongeBob SquarePants, PAW Patrol, Teenage Mutant Ninja Turtles, MTV and past and present Paramount Pictures theatricals.

Since its debut in 2013, PAW Patrol has embedded itself as a mainstay of kids’ television and continues to create puppy adventures in the pre-school space as a consumer products global powerhouse franchise.

With more than 27 licensees signed in Australia and New Zealand, PAW Patrol continues to deliver at retail, maintaining its position as the number one pre-school license across Toys, Party Goods, Hardlines, Boys & Girls Outerwear and Sleepwear.

With no signs of slowing down, PAW Patrol continues to expand its ‘paw print’ across multi-platforms, delivering NEW content across the ViacomCBS eco-system. 2020 will see the premiere of PAW Patrol Season 7 on the series’ 7th anniversary (August), a new theatrical release, Jet to the Rescue, and PAW Patrol Live! return to stage with Race to the Rescue.

Nickelodeon continues to be home to pre-school’s biggest shows. In addition to PAW Patrol the brand has had great success with Butterbean’s Café and Blaze and the Monster Machines.

Butterbeans Café was the highest-rated pre-school launch in the US since PAW Patrol and has also had great local success delivering a 20.6% share amongst kids 0 – 4 years old since launching in Australia over a year ago. Continuing its success, Mattel has officially signed on as master toy partner with the first range of products (toys and DVDs) hitting stores this June and a second category rollout planned from 2021.

Blaze and the Monster Machines has been a ratings success around the world and continues to rate as one of the top three Nick Jr. shows in Australia. Nickelodeon continues to keep the wheels turning with new content through to 2021, and new digital touchpoints.

BABY SHARK SWIMS OVER TO NICKELODEON

Pinkfong is partnering with Nickelodeon globally to expand the Baby Shark universe through NEW content and consumer products. Nickelodeon is currently airing a series of short-form content and on the CP side, the brand is doing immensely well having just received two prestigious accolades; Toy of the Year Awards at the 2020 New York Toy Fair, the first for License of the Year and the second for Plush Toy of the Year for the beautiful Pinkfong Baby Shark song puppets with tempo control by WowWee.

Nickelodeon’s biggest franchise, SpongeBob SquarePants, is continuing his 20th Anniversary celebrations. As SpongeBob fans around the globe celebrate the TV icon, the series continues to thrive in the retail space as a sought after fashion partner, licensed in over 200+ territories including global partnerships. The most recent collaboration featuring Kyrie Irving’s Nike capsule collection sold out in just nine minutes.

SpongeBob continues to ramp up its consumer products presence with a ton of exciting NEW retail partnerships underway!

MTV is the leading global youth media brand in 180 countries, reaching 450 million households in nearly 30 different languages across every platform. 2019 was the year fans got reacquainted with some of the most iconic reality TV stars in history with the launch of The Hills: New Beginnings and plus new local productions including Teen Mom Australia and The Veronicas: Blood is for Life.

The addition of MTV, Comedy Central and Paramount’s library of properties has allowed VCP the ability to create fashion and lifestyle ranges for adults alongside its strength in kids. The MTV brand has already served as inspiration for designers, including capsule collections with Marc Jacobs, Fyodor Golan and Jeremy Scott’s Moschino x H&M line, and high-street brands such as Forever 21, American Eagle and ASOS.