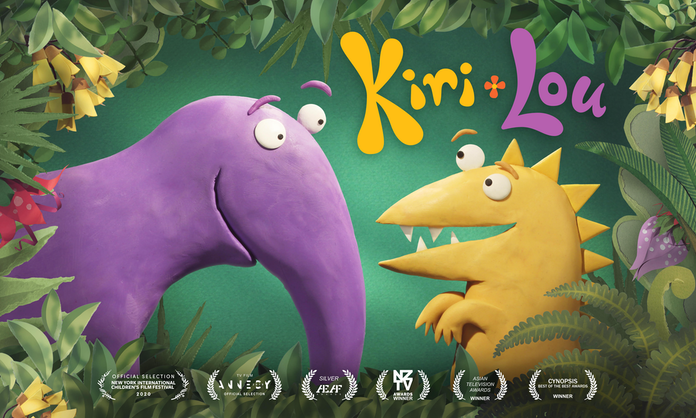 Australia’s Merchantwise Licensing has announced its appointment as the Australian and New Zealand licensing agent for preschool brand, Kiri and Lou.

Merchantwise Licensing has already secured the support of Scholastic Australia with a selection of Kiri and Lou publishing titles scheduled for release mid this year in time for Australian Book Week.

Already in active development are product categories including toys and apparel.

“We are thrilled to embark on this next stage of the Kiri and Lou journey, and to work with Merchantwise Licensing to meet the needs of fans. It’s exciting to see it growing in a way that brings joy, which is what Kiri and Lou is all about.”

“We are absolutely delighted to be representing Kiri and Lou across Australia and New Zealand. With an acclaimed creative team, truly creatively unique, Kiri and Lou has already seen great brand success internationally and we are certain it will perform equally as well in its hometown of New Zealand and across the Tasman in Australia. We can’t wait to roll-out publishing titles with Scholastic Australia and know both apparel and toy ranges will be popular with preschoolers.”

From New Zealand comes the charming, award-winning new animated preschool series, Kiri and Lou, making waves around the world. With 52 x 5-minute episodes already released and a further 26 slated to air throughout this year, in Australia Kiri and Lou is on-air on ABC KIDS and in New Zealand on TVNZ.

Kiri and Lou centres on the friendship between Kiri, a feisty little dinosaur, and Lou, a gentle and thoughtful creature, as they explore the world of feelings through laughter, song and outdoor adventure.

Original and imaginative, Kiri and Lou invites children to learn about empathy and how to get along, through warm-hearted and gently humorous storylines which are resonating with audiences of all ages.

The show is hand-crafted in paper and clay and created using traditional stop-motion animation from Antony El-worthy (Coraline, Corpse Bride, Isle of Dogs). The series is voiced by Jemaine Clement (Flight of the Conchords, Moana, Rio) and Olivia Tennet (Lord of the Rings) and is written and directed by feature film director Harry Sinclair.

It is produced by Fiona Copland for Stretchy and Heather Walker of Yowza Animation.