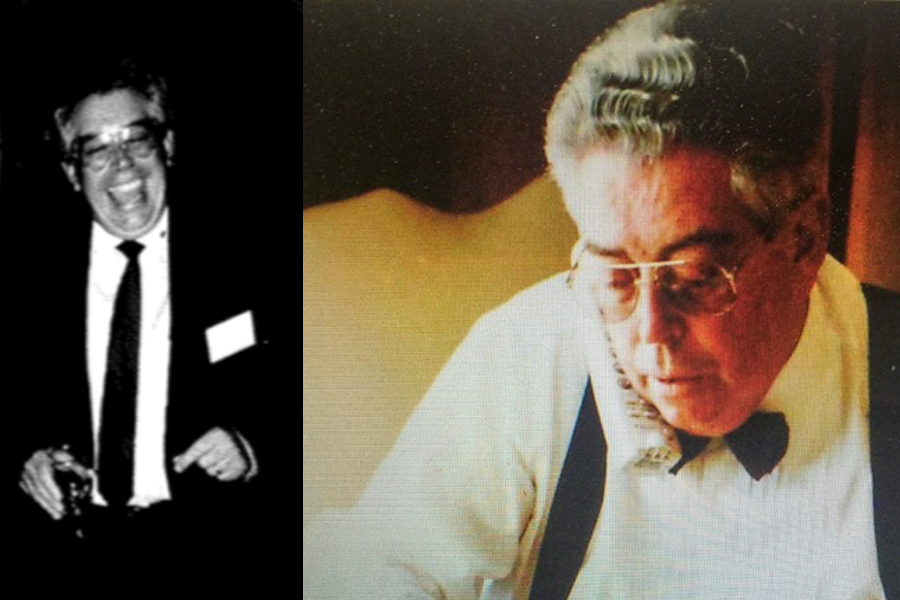 John Walsh who died last Saturday at the age of 79 was one of the founders of the Australian Licensing industry. Born in Adelaide John’s family moved to Melbourne when he was very young and he later joined his parents running their drapery business. He joined leading supermarket chain GJ Coles when 20 and worked his way up to become a store manager before moving to join Coles’ sister company K-Mart in a similar role. In 1963 he left to join Lindsay & McKenzie as knitwear buyer and after they became Target Stores he continued his career within Target and rose to be a Senior Buyer. It was whilst at Target that John met longtime friend and later business partner Bob Lee and he later left to join Bob who was at Venture Stores, a general merchandise chain specialising in women and children’s apparel and home furnishings that became part of John Martins of Adelaide.

With the sale of Venture Stores, and fascinated by the success of licensed products at retail, Bob Lee left to join Fred Gaffney to set up LeGaf Licensing which John joined in 1979 after a spell at a supermarket chain. As John would often say ‘I am an old retailer from way back’ and his experience and connections at retail were to stand him in good stead. This was especially so as the licensing industry became more retail rather than licensee focused as retail consolidation and globalisation began to take hold during the 1980s and early 90s. In 1984 John and Bob left Fred Gaffney to found Lee Walsh (later renamed Licensing Works) and during the 1980s John became a familiar figure at trade fairs around the world successfully building licensing programmes for many US properties including Snoopy, Garfield and King Features.

In 1988 John and Bob joined forces with Copyrights to establish Copyrights Australasia representing Copyrights’ portfolio of properties, chief among which were Peter Rabbit and Paddington Bear, and John became the point person for the Copyrights’ business whilst Bob focused on the other brands Lee Walsh represented. John insisted that everyone carry a double-sided business card with both company names on it so they could ‘change hats’ at a moment’s notice. John was particularly successful building Peter Rabbit into a major infant brand, working with leading companies like Barrymores who developed apparel and Jasnor the longstanding plush partner. He successfully established Peter Rabbit corners in all Myer Department stores.

Like Copyrights, which was run by Nicholas Durbridge and his wife Linda Pooley, Copyrights Australasia was a family business with John’s wife Tricia and daughter Catherine both being part of the business for many years. With the sale of The Copyrights Group to Chorion in 2007 Copyrights Australasia was merged into Chorion’s Sydney office and John decided to retire. At this time John sadly began to suffer from ill health following a stroke that affected his later years. He leaves behind him his wife Tricia, daughter Catherine, son Andrew and five grandchildren.

Nicholas Durbridge Chairman of Copyrights said; “Copyrights and the licensing industry has lost a good friend in John and one who contributed significantly to the development of licensing in Australia. John was direct, honest and had a lovely sense of humour which often featured his unique vocabulary. Who could ever forget his expression ‘at the speed of a thousand gazelles’ if he wanted something done quickly. He was a very kind, larger than life character who bonded easily with people from all countries and all walks of life. He will be greatly missed by all his many friends in Australia and around the world.”

Noel Thurlow Managing Director of Jasnor said; “John was the consummate business person with a great understanding of the levers that needed to be pulled to get things done. With his vast retail experience John was able to know exactly how to work with retailers and to have them appreciate how they could benefit by working with Copyrights and their properties. Particularly in the early days of Jasnor he would offer his advice and supported the appointment of Jasnor to manage the Beatrix Potter and Paddington Bear iconic ranges. These properties are still very important to our company. A number of meals with John, Catherine and Tricia were held over the years when we were all travelling to overseas Fairs. It was always fun to hear John’s educated views on what was on offer! He was a man of his word, well known, and respected in international circles. John was a trusted friend.”

YouTube was founded back in 2005 and now, 15 years later, the service offers content creators a platform to build a business creating original...
Read more
Features

Building Resilience During Our Pandemic World — by Pinky David

'Pivoting during this pandemic' is arguably the most frequently used phrase during our surreal days of COVID-19. As corporate executives and business owners, we...
Read more
Features

Like most of the world, Japan is struggling along and trying to cope with the Pandemic. As the seriousness of the crisis began to...
Read more